Kilmarnock have struggled for form early on this season with just four points from seven games so far. With a trip to Aberdeen up next things don't get any easier – can they spring a surprise?  Find out with our Aberdeen vs Kilmarnock match preview with free tips, predictions and odds mentioned along the way.

Aberdeen actually winless in three matches but we fully expect them to snap that run here as they host to a Kilmarnock side that have lost each of their last two – and three of their last five matches. There are a couple of key reasons behind this tip. Firstly, the respective home and away form of the sides contrast the broader form. Aberdeen have won four of their past five home games whilst Kilmarnock have lost four of their past five away matches. The second element that has us convinced of a home win comes from the head to head record; Aberdeen have won each of the last three clashes between the sides and haven't lost to Kilmarnock in over four years.

Our next prediction is from the both teams to score market and we are betting on ‘no'. For this tip we again use the respective home and away form to inform our decisions. Aberdeen have only seen both teams score in two of their past five home games with Kilmarnock seeing at least one side blank in each of their last five matches. On top of that, the last six times Kilmarnock have visited Pittodrie both teams have not scored. With all that considered, a both teams to score ‘no' tip feels like a smart move.

Here are the key stats & form guide for Aberdeen vs Kilmarnock

Aberdeen to break into top half

Kilmarnock might have made a sluggish start to the season as they sit second from bottom right now but Aberdeen haven't been flying either hence they're in the bottom half of the table. That could all change if the hosts win this match though with Hibs – in sixth – just one point above them. Equally though, a Killie win would put them just three points off their hosts. It puts plenty on the line as they meet here.

Aberdeen are favourites to win this game but they've got a few issues to concern themselves with in the build up. Connor Barron and Callum Roberts are out injured whilst Liam Scales and Leighton Clarkson are both suspended.

Kilmarnock might be up against it here but they do at least arrive here with a squad that's in reasonably good shape. Only Scott Robinson, who is yet to feature this season, is out injured.

A quickfire FAQ on Aberdeen vs Kilmarnock 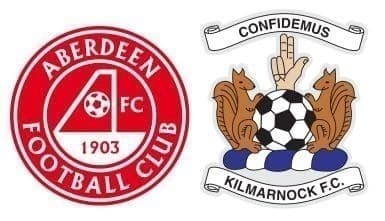