Despite the fact there is a chock-a-block club football calendar having just kicked off, there is already a ridiculous amount of talk and headlines centred on Qatar 2022. We're not above that either and here we are looking at the route to the World Cup final 2022 and throwing in a couple of predictions as to which nations might make the latter stages. 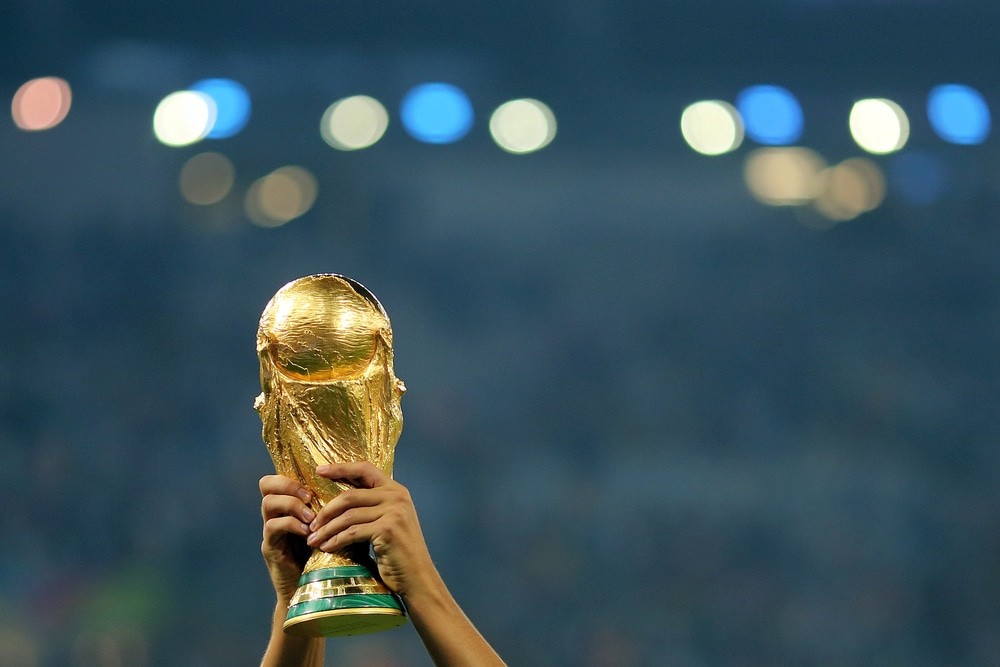 Before nations even reach the World Cup finals they have to go through a gruelling qualification campaign but, in truth, that is just the very start of the dream. Of course, that dream we refer to is going all the way to the World Cup 2022 final and, ultimately, lifting the Jules Rimet trophy.

The simplistic explanation of how to reach the showpiece game is pretty simple; you beat what is put in front of you at every stage. Of course, there is a clear structure to the tournament though.

The first stage of the tournament is the group stage. This sees 32 teams split into eight groups of four teams; the sides all play each other one time with points awarded for wins (3 points) and draws (1). The team with the most points at the end of the group phase will be confirmed as group winners and will advance to the next stage of the tournament along with the second placed side. The remaining two teams that finished third and fourth respectively, will exit the competition.

The next phase of the tournament is the round of 16; this is a straight knockout round where two teams lock horns in a one-off game with the possibility of extra time and penalties. Who plays one another in the round of 16 is determined by the group phases; a group winner and a runner up will play each other – the logic being this rewards a group winner for topping their group.

When you reach the last eight of a tournament like this then you're getting seriously close – although still pretty far – from the World Cup final 2022. The route, as it is known, is already defined meaning teams will know certain nations they can avoid throughout the tournament; having the route pre-planned also means we start to get a rough idea of clashes we could see on the way to the World Cup final 2022 fixtures. For example, the quarter-finals could serve up something like Germany vs Brazil, which is a fixture with serious history in the World Cup.

If your nation reaches this stage you really are within touching distance of the World Cup final 2022 but it won't be easy to get there with only the four best teams of the tournament running this deep. Generally speaking, you'll see the real big hitters here with the four teams who made the world cup semi finals back in Russia 2018 being France, Croatia, Belgium and England.

Okay, this game has no bearing on the outcome of the World Cup 2022 final with many feeling the match has an exhibition feel to it but, in the grand scheme of things, taking the equivalent to a bronze medal isn't a disgrace. That's essentially what this third place playoff is for; it sees the two losing semi-finalists face off with the game taking place a day earlier than the World Cup final 2022.

Finally, we've reached the pinnacle; the World Cup 2022 final. Obviously, this is the big one with two teams doing battle for 90 (or maybe 120) minutes to decide who is crowned World Champions. This year the final takes place on Sunday, December 18th at 3 pm and will be played at the Lusail Stadium.

Who are the likely contenders to reach the World Cup 2022 final?

There might be 32 teams that enter the tournament but, in reality, there are a fair few of them that are just happy to be part of the competition rather than holding genuine ambitions of making a play for the World Cup 2022 final. That said, there are still a fair few who will expect to push hard towards that. Brazil, who have won the World Cup five times, are most people's favourites to win the tournament in Qatar closely followed by France – the current holders – and England – who made the semi-finals four years ago and came runners up in the European Championships last year. Behind those teams, you've got other big nations including Argentina, Germany and Spain.

Of course, due to the way the draw has played out, some of these teams could clash before the final. A good example of how that works is with England and France; they are in the top three to win the tournament outright but the two to meet in the final have a much lower probability of occurring. Why? Well, because if the tournament route plays out to form, one of them will likely knock the other out before that stage. The most likely final in the eyes of the bookmakers is either Brazil versus England or Brazil versus France.

Are there any dark horses at Qatar 2022?

We've spoken about the route to the World Cup final 2022 and those who are expected to venture deep towards that final. In World Cup, though it is not uncommon to have a lesser fancied side write an exciting chapter into their nation's history books. Who could that be at Qatar 2022? For our money, the obvious pick is Senegal – we believe they could go deeper into the tournament than any African side before them. They should make it out of their group, where they're pooled with Qatar, Holland and Ecuador, and as the games become tougher they have enough quality at both ends of the pitch to threaten anyone on their day.

Another side that could exceed expectations in Qatar is the USA. They find themselves in a group with England, which means finishing top will be a big ask but the second spot is wide open. The US has a squad full of talented players including Sergio Dest, Tyler Adams and Christian Pulisic. If they start well, then a run to the round of 16 is definitely on and, who knows, the quarters aren't impossible either.

When does the World Cup final 2022 take place?

The final kicks off at 3 pm on December 18th.

Who are the favourites to win the World Cup?

Lusail Stadium is the host stadium for the final.

How many teams qualify for the World Cup?

How is the World Cup final 2022 going to be settled?

The game format is 90 minutes of regulation time followed by a further 30 minutes of extra time and – potentially – penalties.

Who won the previous World Cup?