Ever since the World Cup was established back in 1930, the tournament has given us its fair share of thrills and spills. Great moments have come and gone, yet some moments can only be categorized as bizarre. The latter is certainly what this incident would be described at. And as you can see, we are referencing the moment in which a defender from Zaire ran out of the wall and booted the ball away from the Brazilians. This was one of the most bizarre scenes from the entire 1974 World Cup, and rumours have speculated as to why this happened since.

We will be running through the ins and outs of this incident with some key information right here. But first, you’ve got to understand the background of Zaire and their journey to the World Cup event in 1974. Only then will you get the true scope of the incident and the rumours that have circulated since. So without further ado, let us begin to discuss the country of Zaire, its World Cup campaign, and the incident itself. 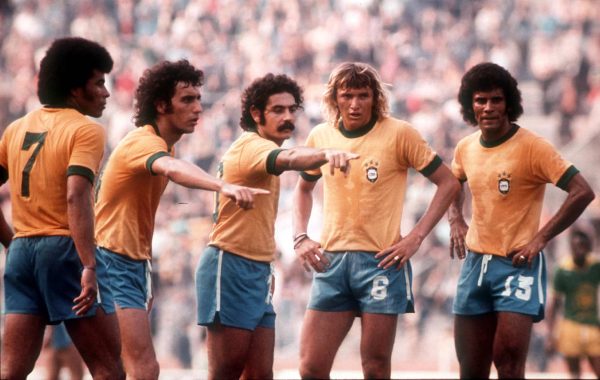 For those who didn’t know, Zaire was a country in the continent of Africa. The country was established in 1971, and it was later abolished in 1997 to make way for what is now the Republic of the Congo. That alone means that Zaire has its own, unique place in World Cup history, as it no longer exists. But at the time, Zaire was actually one of the biggest countries in Africa – bordering on one of the top 10 countries in the world!

So it was perhaps no surprise to see that a country of this magnitude finally made it to the biggest stage in world football. However, an important point here is that Zaire was technically the first country that was viewed as being ‘black African’ to make it into the main World Cup event. Therefore, there was obviously a great deal of national pride for the players and natives of Zaire in 1974. And Zaire wasn’t exactly a team full of amateurs.

They were the reigning African Cup of Nations champions, so they knew a thing or two about how to win big football matches. Should you focus on the importance of being a ‘black African’ nation too, it’s fair to say that this was more than just a football tournament for the country. In fact, many might argue that they were fighting for far more than just a football trophy. But while Zaire entered the tournament with strength and ambition, this certainly faded for the 2nd and 3rd group matches.

Where it all started to go wrong

Ready for another quick history lesson? Here we go. Zaire was run by a dictator by the name of Mobutu Sese Seko. He took power through a military coup back in the 1960s, and like most dictators, he wasn’t exactly liked by the masses. In fact, he was responsible for a great number of problems in this part of the world. Nevertheless, it seemed that he was immensely proud of the team that had managed to qualify for the World Cup. Because of this, he set up a pool of funds that the players were supposedly able to access – but so could many of his friends in government who also travelled with the team.

Before long, the pool of money had run dry, largely thanks to these government officials taking far more than their fair share. The players also learned that the pool of money was there to pay for their wages too. So when the money ran dry, effectively, they weren’t going to get paid to represent Zaire in the event. And because of this, the players actually stated that they wouldn’t play their second group game against Yugoslavia.

This would have made the 1974 World Cup an absolute disaster, as we can probably all agree. So rather than letting this happen, FIFA actually stepped in to pay the players. However, it was obvious that the players had lost the heart and pride that they entered the tournament with. And they went on to lose to Yugoslavia by 9-0, followed by a 3-0 loss to Brazil.

The moment that Zaire changed the rules of football

The famous moment we have been referencing so far took place when Zaire played against Brazil in their third and final group game. And the moment would stir up all kinds of misrepresentation as to what actually happened. But before we get into that, let’s give you the scoop. When Zaire played Brazil, it was obvious to many that the Brazilians were going to run rings around the nation that had just suffered a 9-0 defeat to Yugoslavia. So the question wasn’t really whether Brazil would win, it was more a case of how much they would win by.

And in the second half, we witnessed one of the strangest moments in World Cup history. Brazil was leading 2-0 at the time and they were given a free kick slightly outside of the box. Basically, the referee blew the whistle and several Brazilian players hesitated to go and strike the ball. Because of this, a defender by the name of Mwepu Ilunga breaks from the wall and boots the ball away. All of the Brazilians looked completely bemused by what had just occurred, and the referee subsequently raced over to show a yellow card to Ilunga.

Naturally, the incident received attention on a global scale, yet the truth is sometimes not reported all that accurately. For that reason, we want to give you the real reasons behind Ilunga choosing to do that, and there are several key elements involved.

Threat of banishment from Zaire

To understand this first element, we must remind you that the country was managed by a dictator at the time. Mobutu, while proud of the team for making it to the World Cup, was not a man who treated embarrassment kindly. Of course, the fact that they lost 9-0 to Yugoslavia brought shame to Mobutu and the nation. Although arguably, he caused such a defeat in the first place. Anyway, with one remaining game against Brazil, the story goes that Mobutu decided to flex his muscles.

According to reports, Mobutu sent the armed guards that were travelling with the team to deliver a message to the players. This message was that if they lost to Brazil by a margin of 4-0 or worse, they wouldn’t be allowed to return home to Zaire. So you have to keep this in mind to understand why this free-kick incident truly occurred.

When Brazil played Zaire, the commentator for the BBC at the time was John Motson. And when the defender ran out of the wall to kick the ball away, Motson famously described the incident as a ‘bizarre moment of African ignorance. What he meant by this is that the defender did this because he did not understand the rules of the game. However, this is not true whatsoever – contrary to what many people will tell you these days.

The players most certainly knew the rules of the game, and they were disregarded in this instance for different reasons entirely. Many state that he did this out of panic too, which again, just could not be further from the truth. 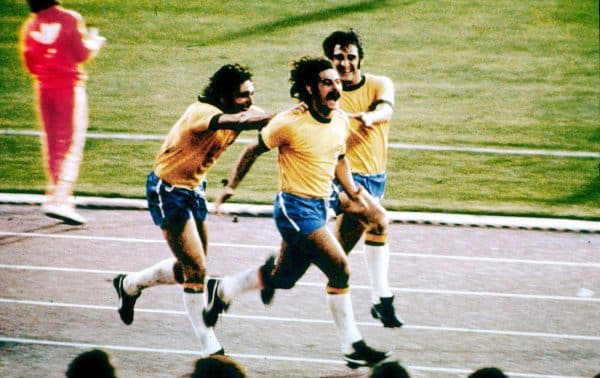 We’d like to refer back to the part of the story here where Mobutu threatened the players with banishment from Zaire if they lost 4-0 or worse to the Brazilians. And diving even deeper into this, we must mention that when the incident occurred, the Brazilians were leading by a score of 2-0 with around 15 minutes left to play. The free-kick was in a dangerous part of the pitch too, and it’s certainly a situation that could lead to another goal for Brazil.

Once the referee blew his whistle to trigger the free-kick, nobody from the Brazilian team immediately ran up to take it. This presented an opportunity in the mind of Ilunga, who took it upon himself to race up and kick the ball away. In doing so, he did receive a yellow card, but he successfully delayed the game. This, in fact, was his main objective in the famous incident – not the lack of understanding relating to the rules of the game.

The Brazilians did seem put off by the move too, and they didn’t score as a result of the free-kick. They did, however, put one more goal past the Zaire goalkeeper, but the game ultimately finished by a score of 3-0. So in reality, if you were a player in that Zaire team or even part of their individual families, you would likely regard Ilunga as something of a hero.

He has obviously been ridiculed since the incident. But now that you are aware of the full story here, you will know that this didn’t happen through ignorance. It did in fact, happen out of desperation.