Unforgettable World Cup Moments: the Battle of Santiago in 1962

To take you behind the scenes for this infamous tale, we need to rewind all the way back to the 1962 World Cup. This particular tournament was held in Chile, and as it happens, the ‘Battle of Santiago’ did involve the host nation. Don’t worry, we shall be getting to all of the important details soon enough. But first, you need to know some other key details. In 1960, Chile suffered the worst earthquake ever recorded – not ideal if you are preparing to host your first World Cup tournament. This obviously put some major hurdles in the way of being ready by the time the 1962 event was scheduled to be played.

And through no fault of their own, Chile became the target of many major media channels from countries that were due to participate. Simply put, many nations did not want Chile to remain as the host after this event. Not only that, but Chile’s own government did not want to continue with the plans of hosting the tournament, as they were still recovering from this disaster. Regardless, the powers that be in Chile were determined to go ahead with the original plans to host the tournament, and they did. 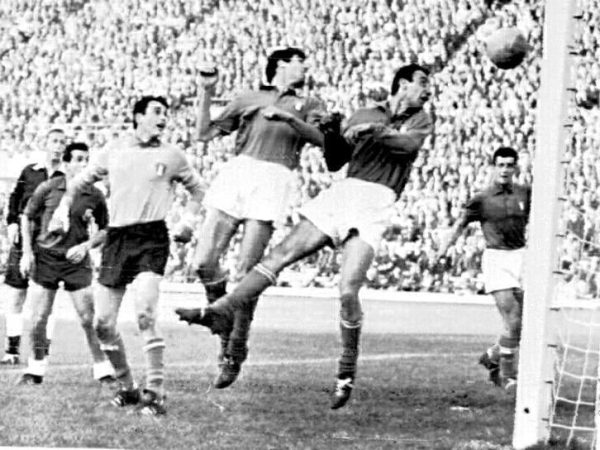 With that said, word got around to the Chilean natives that other nations did not want Chile to host the tournament. And to say that this angered the locals would be somewhat of an understatement. So before the tournament even started, Chile felt like the world was against them, and this set the stage for one of the most violent World Cup tournaments ever. But there was one game that ranked above all others in terms of violence, disruption, and at times, sheer madness.

This was the ‘Battle of Santiago’, and we’ve got all the key details within.

The build-up to this infamous football match

We’ve given you an overview of the 1962 World Cup preparations above. But besides the earthquake and subsequent pressure from the Chilean government and world nations for Chile not to host the tournament, there was the build-up to the Chile vs Italy group game. This was the second match played in group 2, and little did anyone know what this game would turn into. To understand what caused the tensions for this game, we must refer back to the global press relating to the tournament as a whole.

Remember what we said about other nations stating that it was madness for Chile to still host the tournament? Well, Italy was one of those nations, and they weren’t exactly kind about the situation. Multiple newspapers in Italy used phrases such as ‘pure madness’ relating to Chile hosting the event. And other newspapers in Chile discovered these articles and then magnified them in their own papers to stir up the locals even more. Of course, this created massive tension between the two teams before the game even started.

The Italian journalists weren’t done there either. They continued to insult the standard of Santiago City, and Chile as a whole. Through a series of demeaning descriptions about various aspects of Santiago, Italy suddenly developed into public enemy number one. And this was certainly the case from the perspective of the Chilean players. However, it’s not like the Chilean media was too kind in response either before we make this seem too one-sided.

Local papers described the Italian team and nation as ‘mafiosos’ and fascists, which sprung from the days of World War II. So naturally, the game involving these two nations was never going to be played in good spirits.

All of the juicy details explained

Chile played against Italy in the second game of the group stages, and the game was hosted in Santiago – hence the name of the ‘Battle of Santiago’. This was actually the first time that these nations had ever played one another. And after the game, it’s fair to say that many football fans hoped that the two would never step on the same pitch again. 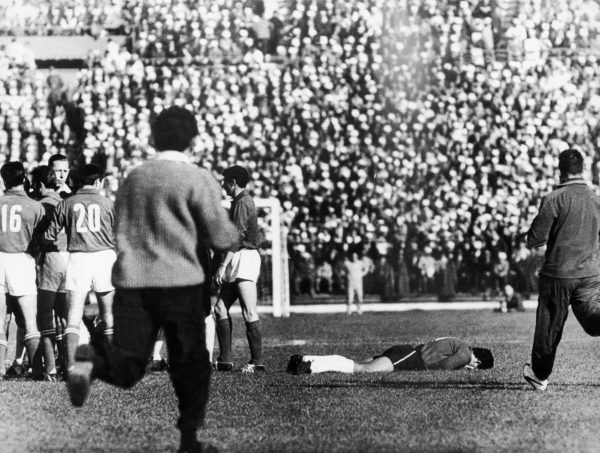 The game itself could barely be considered football. In fact, many would probably describe the match as some form of organized fighting rather than football. Here are the key details of the match:

First foul at the 12-second mark

In a standard football match, as you probably know, one team will kick off and probably pass it around a few times to get a feel for the game. However, the Battle of Santiago was anything but a ‘standard match’. The first foul was committed just 12 seconds into the game, and the saying ‘start, as you mean to go on’ was never more appropriate. The match got filthier and filthier with each passing minute, and the poor English referee, Ken Aston, was fighting a losing battle.

And while the first foul came just seconds into the match, the severity of this foul was moderate compared to what was about to unfold.

Chileans reportedly spat at the Italians from the beginning 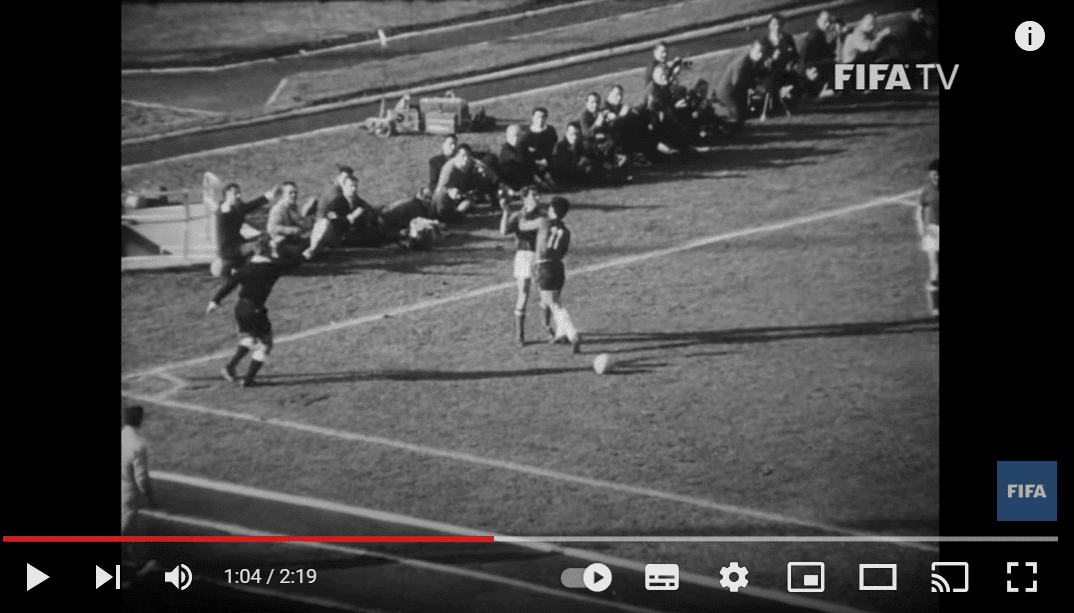 Despite the spitting, there weren’t any sending-offs or cautions for such behaviour, and things were about to get much worse.

First red card for Italy was given after just 8-minutes

We did say that the game was getting worse with each passing minute! And when the game entered the 8th minute, the Italian player, Giorgi Ferrini, received a red card from the referee. Ferrini did not agree with the referee's decision, and as it happens, he refused to leave the pitch! This fiasco continued for around 10 minutes of Ferrini arguing with the referee, and the Italian players were naturally protesting against the decision too. But when things started to get out of control, the police actually came onto the pitch and physically escorted Ferrini off it.

Of course, this was unprecedented in the World Cup, and it was even crazier that this happened just 8 minutes into the game. Yet this did provide an indicator as to the perceived ‘bias’ of the referee in favour of Chile.

Physical fights occurred throughout the match

If you thought that bad fouls and spitting were already disgusting enough, you’ve not seen anything yet. Throughout the game, the players actually got involved in physical fights, with many punches being thrown. The worst of them all was when the Chilean, Leonel Sanchez punched Humberto Maschio in the nose. He actually broke Maschio’s nose with this punch, yet the referee didn’t even serve up a caution to Sanchez. After the game, he claimed that he did not see the punch, but many question whether this was true to this day. 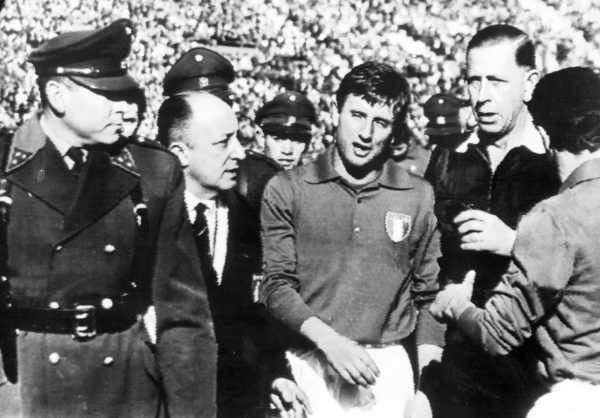 Believe it or not, this wasn’t the first punch thrown by Sanchez in the game. He had already punched Mario David earlier in the match, which led to another major incident in the game.

It’s clear that Leonel Sanchez didn’t plan on playing what we’d call traditional football on that day. As you’ve seen above, he was centre stage for almost all of the scraps that occurred during the match. And his punch on Mario David is what paved the way for the second red card in the game. When Mario David retaliated for this punch just a couple of minutes after the incident, the referee sent him off. Then again, he did try to kick Sanchez in the head, which is obviously far beyond what anyone would deem acceptable in a game of football.

But once again, Sanchez received no punishment for his actions whatsoever, which is what infuriated the Italians, understandably. This would turn out to be a common theme of the game too, where Aston did nothing major to stop the Chileans from making the game so dirty. He would be heavily criticized for years to come because of the incidents on this day.

To top off everything that we’ve discussed above, we’d like to finish with arguably the most staggering fact of them all. Remember that Giorgi Ferrini was escorted away from the pitch for his sending-off in the 8th minute? Well, this wasn’t the only time that the police would get involved in the match. They would enter the field three more times in total, mainly to serve as a deterrent to the growing violence from both teams. And let’s be honest, if the police were getting involved, the game had clearly spiralled out of control.

However, it was only Ferrini who was physically escorted away from the pitch. Amazingly, the police who took him away were armed as well, so we can only imagine what Ferrini was thinking as he was taken away.