As the clock ticked past 72 minutes at a sun-baked Stade Le Mosson in Montpellier, the score deadlocked at 0-0 in a nondescript World Cup 98 group game between Bulgaria and Paraguay, however, the crowd, who had been bored stiff until then, were suddenly jolted to attention.

Paraguay had won a free kick a good thirty or so yards from Zdravko Zdravkov’s goal and the Bulgarian number one watched as his opposite number sauntered forward to claim responsibility from the dead ball.

For José Luis Chilavert, this territory was familiar, however, he was about to become the first goalkeeper ever to take a direct free kick at the World Cup finals. 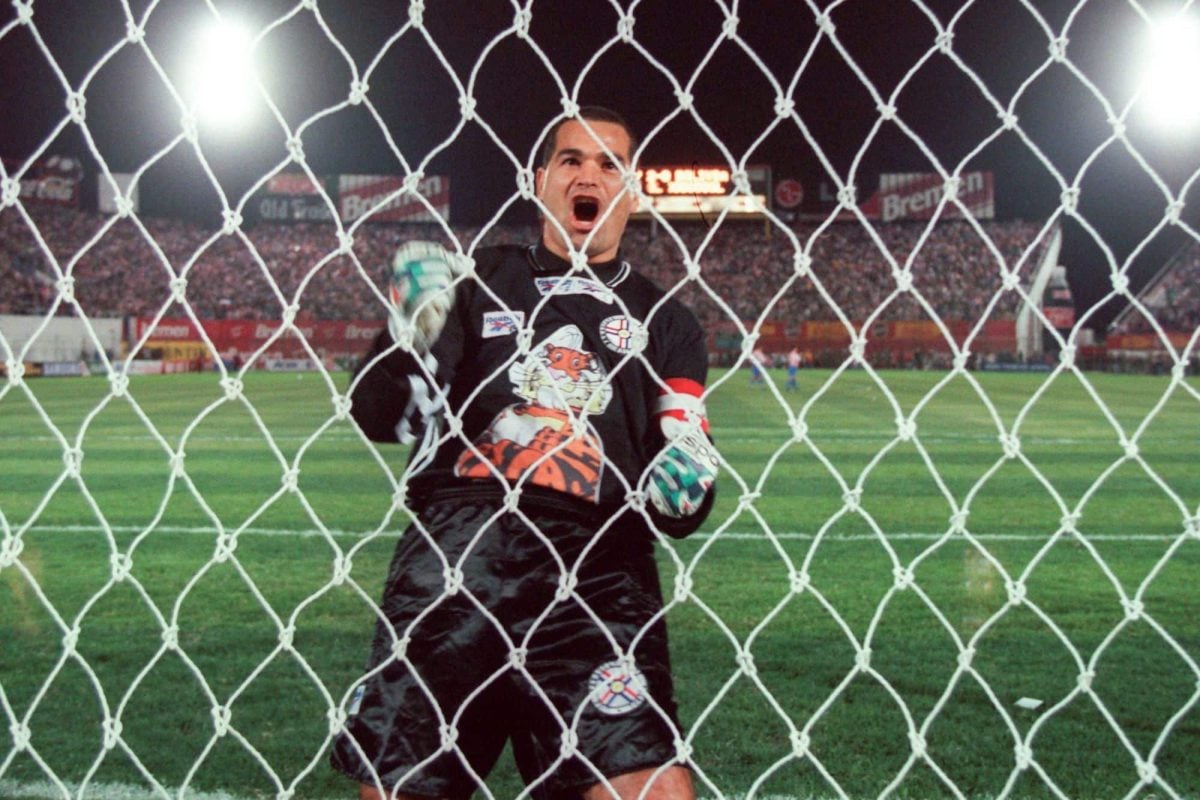 With an angled run up and swift crack from his fabled left foot, Chilavert curled the ball expertly in a wide arc towards the goal’s top corner. His effort looked inch perfect, destined to clip the underside of the bar and ricochet into the net before Zdravkov’s left hand reached high to thwart it.

Chilavert’s sublime strike from distance was preceded by hundreds more during his career. El Buldog had scored over 60 times for club and country before he eventually removed his gloves for good in 2004.

A man of principle and skill, Chilavert would leave his mark on football history before he was done.

The makings of a maverick

Jose Luis Chilavert wasn’t always football’s most unusual set-piece specialist. While he was allowed to dabble with dead balls in the early part of his career with Paraguayan outfit Sportivo Luqueño in the early 80s, it wasn’t until his move to Europe with Spanish club Real Zaragoza that he began to find his flow and hone his skills.

In 122 appearances with Argentina’s San Lorenzo before his move to Spain in 1988, Chilavert didn’t score a single goal, though the keeper put some heavy work in on the training ground with Zaragoza, staying behind to practice over 100 kicks a session to improve his accuracy.

In what turned out to be an eventful time, Chilavert would also win his first international cap with Paraguay in 1989. The keeper managed to score his first goal while debuting in a World Cup qualifier against Colombia, though he had to wait a considerable length of time to net his penalty as hordes of policemen and officials stormed the pitch after it was awarded.

Back on the club scene, life wasn’t so heady, however. In an interview about his time in La Liga, Chilavert said supporters used to “freak out” when he dribbled forward with the ball and would “scream” at him to get back in goal. However, Chilavert’s menace from set plays behind the scenes didn’t go unnoticed and he was allowed to take a penalty kick against Real Sociedad during the 1989/90 season, which he converted expertly.

Chilavert’s attention slipped during the subsequent celebrations, however, and La Real equalized straight from the restart. Zaragoza fans weren’t overly fond of their keeper’s eccentricities and not long after he was sold back to his homeland, where Velez Sarsfield welcomed him with open arms.

At Velez Sarsfield in the barrio of Liniers in Buenos Aires, Chilavert found a coach in Carlos Bianchi who was ready to embrace the more offbeat elements of the keeper’s game.

He blossomed there with the freedom afforded to him and while his set-piece specialty continued to write the most headlines in Argentina and beyond, Chilavert had a world-class array of goalkeeping talents and his spectacular shot-stopping ability was a match for anyone.

Chilavert developed a knack for delivering on the biggest occasions and his first goal for Velez earned them a draw against Estudiantes which secured the Clausura title for his club. The goalie would win four domestic and five international titles during his decade-long spell with El Fortín and among his 48 goals, many pivotal strikes were listed. 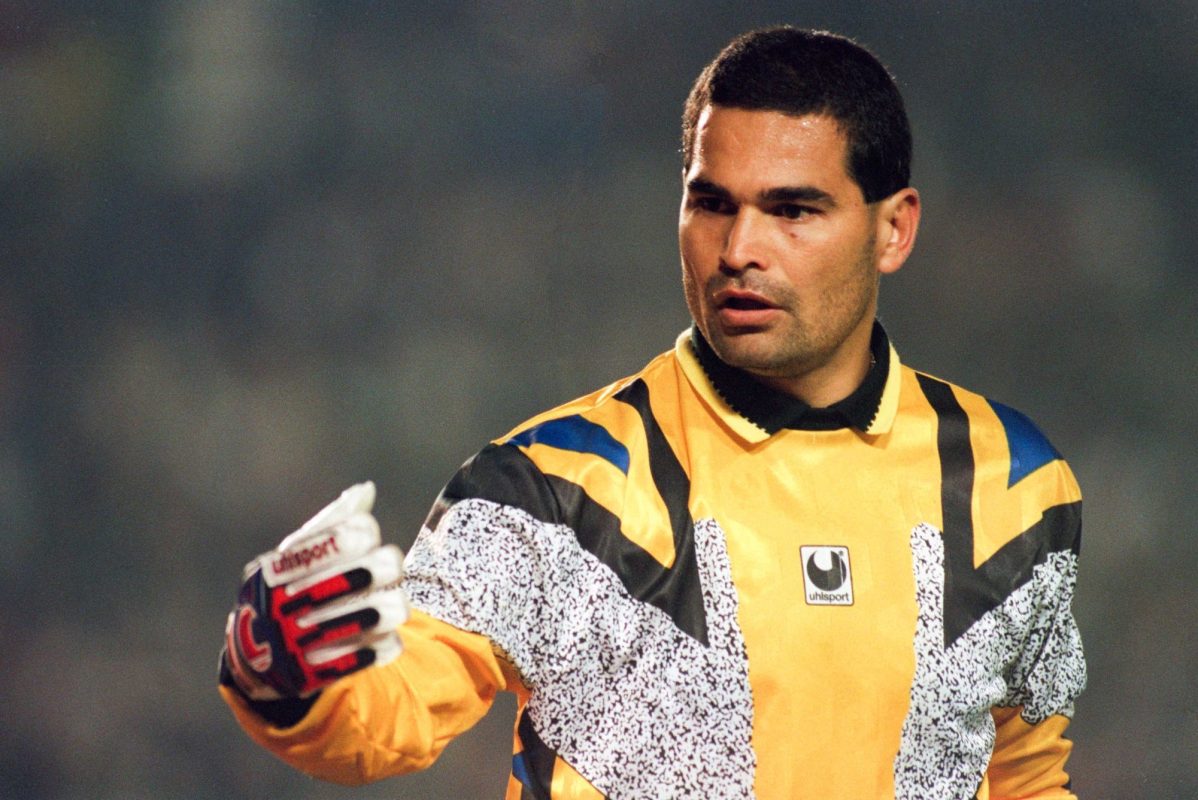 In one game in 1966 – the year he was named Football of the Year in Argentina – Chilavert shouted “get out of the way, I’m going to score!”, before he bludgeoned a free kick from his own half that found the net against rivals River Plate.

In 1999, he became the first goalkeeper known to score a hat-trick in the history of professional football, when he netted three penalties against Ferro Carril Oeste.

Chilavert’s legendary status in South America seemed to swell with every performance and his reputation for the spectacular would follow him onto the international stage.

Chilavert’s association with the Paraguayan national team was a little love-hate following his initial debut in 1989. Between that year and 1992, he won just seven more caps for his country, though less than 12 months later he was the team’s established first choice between the sticks and he scored his second goal for his country against Peru in August 1993, again from the penalty spot.

By the time the CONMEBOL qualification campaign for the 1998 World Cup in France was over, Chilavert had played over 20 times for Paraguay, doubling his tally of goals along the way with a first free kick against Argentina (1996) and a penalty against the same opponents a year later. 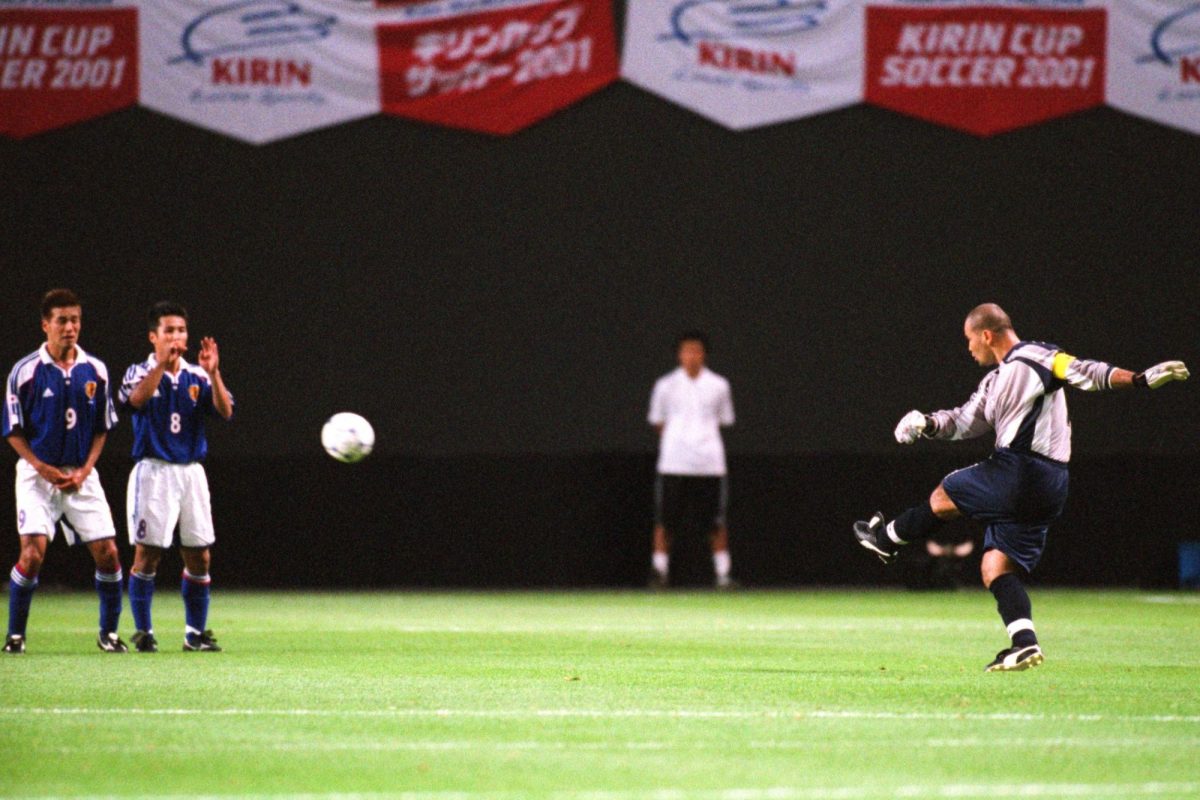 Paraguay finished second behind the Argentines in the group ahead of more fancied Colombia and Chile teams, booking their place at the tournament proper for only the second time since the 1950s.

Under the direction of Brazilian coach, Paulo César Carpegiani, Paraguay took an exciting but inexperienced team to World Cup 1998 in France, with half of the 22-man squad sitting on ten or fewer caps.

14 different players – including Chilavert- combined to score 21 times for Paraguay during their run to qualification from South America and with Roberto Acuña, Miguel Ángel Benítez and César Ramírez the only European-based members in their ranks, there was a togetherness in Los Guaraníes’ camp that would serve them well in France.

At 32 and in his formidable prime, Jose Luis Chilavert was Paraguay’s captain at World Cup 1998 and he led his teammates out at the Stade de la Mosson to play Bulgaria on matchday one in Group D on June 12th.

Before the game, Chilavert was asked about the weight of expectation on his shoulders as skipper, though he quipped “Pressure? This is just a football match. When you do not know how to feed your children, that is pressure,” in response.

Chilavert certainly looked relaxed and carefree when he almost planted the World Cup’s first-ever direct free kick taken by a goalkeeper into the Bulgarian net. In hindsight, it seems an immense tragedy that Bulgarian keeper Zdravko Zdravkov made the save he did to keep Chilavert’s effort out.

On matchday two in Saint Etienne, Chilavert’s more traditional goalkeeping attributes would be tested by a Spanish team wielding Luis Enrique, Raul and Fernando Morientes, though the Bulldog would not relent and he made a sequence of excellent reaction saves to keep the score at 0-0.

The 32-year-old even got to unleash a free kick from distance in the first half, though his punt hit the Spanish wall and skewed to safety.

With Group D water-tight, Paraguay needed to turn draws into wins and the South Americans produced one of their best-ever World Cup displays to beat Nigeria 3-1 in Toulouse on June 24th.

Chilavert was beaten for the first time in France by Wilson Oruma, though his acrobatics during the rest of the tie provided a strong platform for Paraguayan success. Their victory earned them passage to the knockout rounds alongside the Africans, with Spain exiting the tournament alongside Bulgaria.

Paraguay met host nation and competition favourites France in Lens four days later and though Les Bleus had superior class and the backing of over 30,000 people in the Stade Félix-Bollaert, they couldn’t break the underdogs down.

A combination of industrial-style tackling, dogged defending and more Chilavert heroics took the Round of 16 clash to extra time where a 114th-minute finish from defender Laurent Blanc finally separated the teams.

Paraguay were just minutes from reaching a penalty shootout that they might well have had the edge in, especially with Chilavert’s considerable presence lying in wait, though their achievement in France was still seen as vast.# 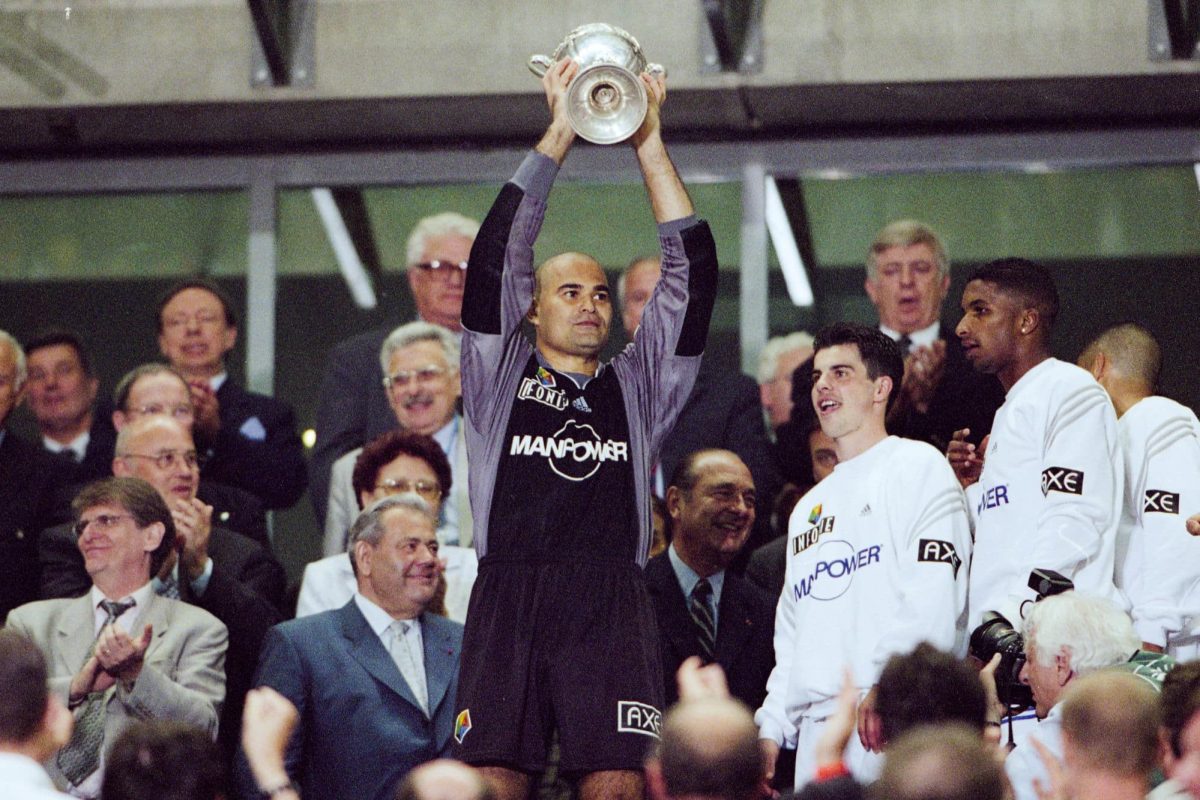 Chilavert’s performances earned him a much-deserved selection for the tournament’s “All Star” panel which featured 16 of the 1998 World Cup’s best players, according to those who picked it.

Afterward, Chilavert swore he’d become the first goalkeeper to score at a World Cup in future iterations, though the larger-than-life keeper never got the chance to play at one again.

His club career took him on a path back to Europe for a brief two-year sojourn with Strasbourg just after the Millennium, before Chilavert returned to South America where he enjoyed a title-winning single campaign in Uruguay with Penarol.

Coming full circle, the veteran finished his playing days with his beloved Velez Sarsfield, for whom he last played in 2004. He played his last match for Paraguay the year before and by the time he donned his country’s colours for the final time, he had netted eight times in 74 appearances, making him the highest-scoring international goalkeeper of all time – a record that still stands today.