The World Cup trophy, otherwise known as the Jules Rimet trophy until 1970, is one of those trophies that just looks incredible. With its shimmering gold appearance, it represents so much more than just a trophy. It represents national pride, individual and team dreams, and above all, it represents an event that truly brings the world together. After all, the World Cup is the biggest sporting event that there is, with quite literally billions watching around the globe.

However, many don’t know that the current World Cup trophy isn’t actually the first one that was made back in 1930. The original Jules Rimet trophy was given to the Brazilian team in 1970 after they won the World Cup. Commissioning for a new trophy was subsequently introduced from 1970 onwards, as Brazil had satisfied the initial contract of the Jules Rimet trophy. 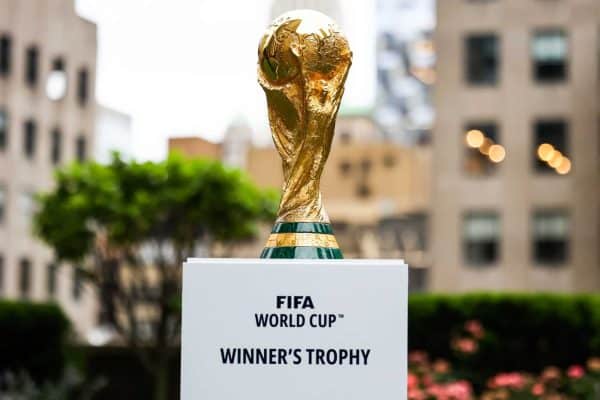 These original guidelines stated that the first nation to win the World Cup three times could keep the trophy, and Brazil was able to keep it in perpetuity. Therefore, Brazil essentially became the sole owner of the Jules Rimet trophy. Yet since the Jules Rimet trophy was no longer going to be used, the name of the trophy also changed. It changed to the official name that it still holds today in time for the 1974 World Cup – the ‘FIFA World Cup trophy’.

The trophy would then be used from 1974 onwards, and it underwent a bunch of changes compared to the original. All of this is discussed throughout, so please read on and enjoy!

The commissioning of the new FIFA World Cup trophy

With the previous Jules Rimet trophy no longer in circulation, a new trophy had to be designed for the continuation of the tournament. And with the World Cup coming around once every four years, it was all hands on deck! A grand total of 53 professional sculptors from all over the globe submitted designs to FIFA for the new trophy. But ultimately, the job was awarded to an Italian artist by the name of Silvio Gazzaniga. However, this was just the first part of the commissioning process.

Now that you know when the World Cup trophy came to fruition, as well as why this actually happened, it’s time to dive a little deeper. The new FIFA World Cup trophy is home to some truly amazing facts – things that you would just never know if you didn’t research the topic. And in the interest of giving you the most comprehensive breakdown of the new trophy that we can, we’ve covered these key facts here.

The trophy is actually hollow

One of the more interesting things about the World Cup trophy is that it is in fact hollow. There is a very precise reason for why this is the case too. According to reports, since the trophy has more than 13lbs of 18-karat gold on the surface, if it was indeed solid in the middle, the trophy would weigh somewhere in the region of 150-180 lbs. This is essentially the weight range of an average adult male, so this does make sense! And we are sure that the players are thankful for this as well.

Just imagine trying to lift a trophy of that weight above your head after winning the World Cup – impossible! So despite the appearance of the World Cup trophy, don’t be fooled, it isn’t solid gold throughout the entire trophy.

The FIFA World Cup trophy is…

It is not given to the winning teams

This is another thing that we found remarkable regarding the new trophy. In the past, the Jules Rimet trophy was always given to the winners. Yet the new trophy, as has been the case since 1974, is not given to the winners. Instead, they are given a replica that is actually bronze beneath all of the gold plating. And as it happens, the original is not even given at the winning ceremony. It is only there in view at the beginning of the final match, but it is quickly replaced with the bronze replica so that it is there when the match has finished.

There is only one other instance in which the World Cup trophy is visible on the pitch during the tournament. This instance is the opening game of the tournament, but of course, there is no ceremony after these games. Therefore, there is less of a rush to whip the trophy away quickly and put in its replacement.

Remember the reasons for the Jules Rimet trophy being removed from World Cup circulation? Well, if the same rules applied to the new World Cup trophy, then a new trophy would have been commissioned already. That’s because Germany is the only team to have claimed the new World Cup a total of three times. They won the tournament in 1974, 1990, and 2014, in Brazil of all places! So this doesn’t come without a sense of irony, but Brazil has actually won the new trophy a total of 2 times – not a bad effort we can probably all agree.

With that said, two of these World Cup victories came when Germany was still divided into two different nations – West and East Germany. So technically speaking, West Germany won the new World Cup trophy two times, and the united German nation has won the tournament once. Yet since it is accepted that these three titles come under the banner of Germany, we can say that they have won it 3 times. And if the new trophy had the same regulations as the Jules Rimet trophy, it would have been permanently fixed in Germany since 2014.

Reportedly has a value of $20 million

This one is somewhat up for debate, as different authorities have valued the World Cup at many different prices since it was created. But what we can confirm for sure is that the 18-karat gold that was used in its design cost around $161,000 USD. Note that this cost has been adjusted for inflation, and this would be the cost of the materials in 2018. Bear in mind that the 18-karat gold material only makes up 75% of the overall trophy. So there were obviously other material costs involved with the remaining 25%.

But the costs of materials don’t ultimately determine the value of the trophy. It is the subsequent association with the World Cup that truly dictates its value. And according to reports, the trophy is worth approximately $20 million USD in 2022. This makes it the most valuable trophy in sport by a ridiculous margin. In fact, the second most valuable trophy in sport is the Stanley Cup, which has a value of around $23,500 USD. This alone gives you an idea of how precious the new FIFA World Cup trophy is, which brings us to the next point. 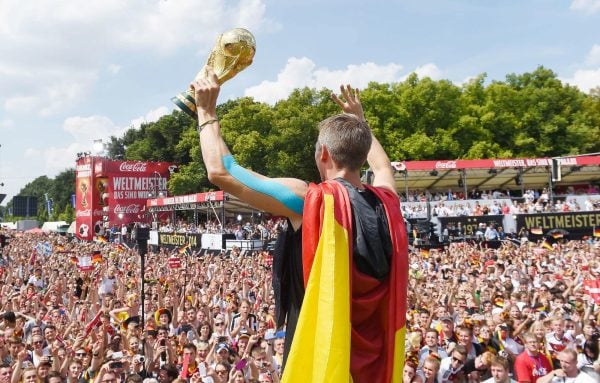 As stated previously, the World Cup trophy isn’t given to the winners of the tournament anymore. And a major reason for this is because the previous Jules Rimet trophy, which was given to Brazil on a permanent basis in 1970, was stolen in 1983. This was actually the second time that the trophy had been stolen, but unfortunately, this time it was never recovered. It was stolen from the Brazilian Football Confederation headquarters, located in Rio de Janeiro, despite the fact that the trophy was encased in bulletproof glass.

Then again, we can understand FIFA’s decision to do this after what happened to the Jules Rimet trophy in 1983.