Spain's failure to win either of their opening two matches in Group E means that they have to beat Slovakia in their final game to progress into the knockout stage. A draw would likely be enough to see Slovakia progress into the next round and that is probably the result the underdogs are going to play for on Wednesday.

Read on for our full match preview and prediction for Slovakia vs Spain in the European Championship.

Four of the last six meetings between these two countries have produced over 2.5 goals and we're expecting more of the same on Wednesday. Spain must go all out for the win against Slovakia and we know they can score goals as three of their last six matches have produced at least three goals and Spain have won on each of those occasions. Three of Slovakia's last six fixtures have also produced over 2.5 goals, so you can see why we're confident that at least three goals will be scored in this game.

Both teams have scored in five of the last six head-to-heads between Slovakia and Spain, and we have backed both teams to find the back of the next in their latest encounter as well. Four of Slovakia's last six outings have seen both teams score while three of Spain's last six matches have ended the same way, which is why we're predicting goals in this game for both countries.

This is a must-win game for Spain and we believe they will secure the 3pts they need, but only just. Slovakia haven't conceded more than two goals in any of their last six international matches and have only failed to score in two of those games. Spain have struggled to convert their chances at Euro 2020 but this side does have goals in them and we're predicting a narrow 2-1 win for Luis Enrique's men.

All you need to know ahead of Slovakia vs Spain

Everyone is expecting a Spain victory but for those of you who believe that Slovakia will cause an upset, here are a few of the markets you might consider.

Ivan Schranz to Score @ 11/2 with betfair

Spain haven't been all that convincing at Euro 2020, especially in front of goal, but are Slovakia capable of effectively knocking the former World Cup and European Champions out at the group stage?

Spain left having to win their final game to qualify

Slovakia were unable to follow up their 2-1 win over Poland with a positive result against Sweden, slipping to a 1-0 defeat. However, Slovakia are still in with a great chance of qualifying for the next round if they can pick up at least a point against Spain. Spain we're expected to dominate this group but the truth is, Group E has been very closely matched and that is proven by the fact that anyone can still qualify for the knockout stage heading into the final round of fixtures.

Spain let a 1-0 goal slip against Poland and have to settle for a draw in the end, meaning that they only have 2pts on the board heading into their final group game against Slovakia. Spain have looked decent in both of their opening group matches but are guilty of lacking creativity and a finishing touch at times. We expect Spain to have all the possess as they did against Sweden, but this time they have to do more with the balk and we expect to see some changes in their starting lineup.

Slovakia vs Spain – Your Questions 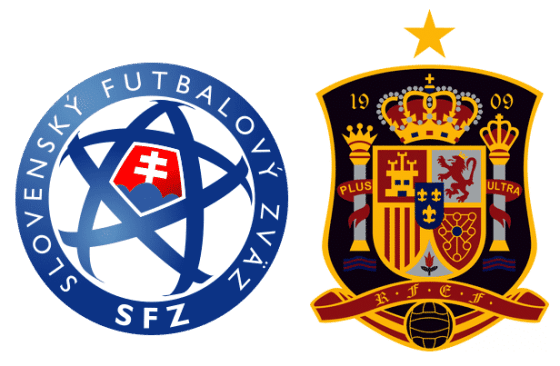