Sheff Utd might have nothing left to play for but pride, yet they still managed to beat Brighton 1-0 in their last home game. However, a heavy defeat to Tottenham followed as the Blades backline was exposed once again and now Crystal Palace arrive at Bramall Lane looking to secure the double over their hosts. The Eagles have lost their last three matches but all of those defeats came against sides challenging for the Champions League places, so we're expecting Crystal Palace to take the game to the hosts on Saturday.

Read on for our full match preview and prediction for Sheff Utd vs Crystal Palace in the Premier League.

Only one of the last seven meetings between Sheff Utd and Crystal Palace have ended with both teams getting on the scoreboard. Both teams have also only scored in one of Sheff Utd's last six outings in the Premier League and four of those were down to the Blades failing to find the back of the net.

Each of the last four league meetings between these two clubs have produced under 2.5 goals, with Crystal Palace claiming a 2-0 home win back in January. Three of Sheff Utd's and three of Crystal Palace's last six outings in league and cup have also ended with fewer than three goals being scored.

With Sheff Utd still looking very goal-shy, we're backing the eagles to pinch a 1-0 win on Saturday. The Blades have failed to score in four of their last six matches in all competitions, while Crystal Palace have scored at least one goal in five of their last six fixtures.

Sheff Utd vs Crystal Palace: All the stats you need

Sheff Utd haven't won many games this season but they did manage to secure a 2-0 home win against Brighton two weeks ago and now they are hoping to make it back-to-back victories at Bramall Lane. However, the hosts followed up that win over the Seagulls with a 4-0 defeat away at Tottenham, highlighting their defensive frailties once again. The Blades are resigned to finishing bottom of the Premier League table this season as they have just 17pts on the board and would have to win all of their remaining games and hope West Brom lost all of theirs to stand any chance of finishing above 20th. McBurnie, O'Connell, Ampadu and Sharp could all miss Saturday's game through injury.

Crystal Palace have their fair share of injury concerns this weekend, with Tomkins, Sakho, Ferguson, Wickham, McArthur and Zaha all at risk of missing the trip to Sheffield. Palace don't really have much to play for now that they are safe from relegation and too many points behind to realistically finish in the top-half, but they gave a very good account of themselves during a recent defeat against Man City and many of their players, and their manager, need to impress if they want to earn a new contract with the club. 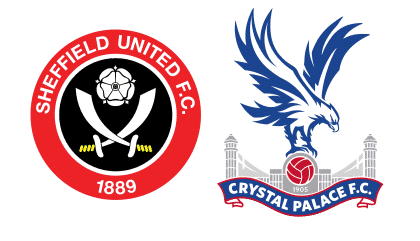