Preston suffered an extra time loss in the FA Cup last weekend but their Championship form has been good of late. Will that continue here? Find out with our Preston vs Birmingham match preview with free tips, predictions and odds mentioned along the way.

Preston to win it

Yeah, we begin our predictions by backing the home side to come out on top. We've already mentioned that Preston lost last weekend but given that loss required extra time, they're actually on a three game unbeaten streak with their last two Championship games serving up wins. Birmingham meanwhile have managed just two wins from their past 10 games and are winless in five having lost three of their last four Championship games. In head to head terms, Preston have won four of the last six meetings, losing just once.

Both sides to score goals

We've already highlighted that there is a difference of form between these sides but one thing they do have in common is the fact that their recent results lead us to a both teams to score prediction. Preston have seen four of their last five games – including their last three – end with goals for both teams. Birmingham meanwhile have had three of their last five games end with both sides amongst the goals. The last time Preston hosted Birmingham we saw goals at both ends too.

Check out the key stats & form for Preston vs Birmingham

Neither Preston nor Birmingham look like having anything but a mid table finish this season and whilst that's not exactly exciting, it does mean this game should be an open and interesting affair.

Preston have enjoyed back to back league wins in their last couple of games for the first time since early November but even the most hardcore fan would admit their season is effectively over.

Birmingham find themselves in a not dissimilar scenario to their hosts here with their season almost definitely petering out into nothingness. They'll hope for a few wins along the way though and why not start here against another unspectacular side?

A brief FAQ ahead of Preston vs Birmingham 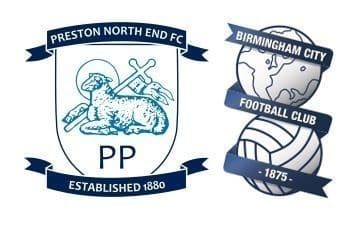