Brad Potts netted a beauty of a winner for Preston on Saturday. Can they win again here? Find out with our Preston North End vs Rotherham United match preview with free tips, predictions and odds mentioned along the way.

To be fair, Preston North End have looked good so far this season; they have no losses in four games played so far, and are coming off back-to-back wins. However, Ryan Lowe's men will face a Rotherham side that did not lose any of their last 13 matches; Rotherham won eight of those games, with five draws. It's also important to point out that Preston have struggled against Rotherham in recent years; they've lost their last three meetings with Rotherham, with no wins in their last five encounters. Considering Rotherham United's unbeaten run, we believe they'll steal at least one point from this game.

Although Preston did not win any of their last five meetings with Rotherham, they found the net in all of those games. As a matter of fact, all of the last seven clashes between these teams saw both teams get on the score sheet. In the same vein, both teams have scored goals regularly over the past few months; Preston scored in 10 of their last 12 games, while Rotherham did not blank in any of their last 14 games. Considering both teams were amongst the goals in six of Rotherham's last seven games, we should expect goals at both ends.

Preston and Rotherham find themselves sat in seventh and eighth spot of the Championship table respectively at this moment in time. For Preston, this area just outside of the playoff places is familiar territory but Rotherham are riding a wave after their promotion. With both sides unbeaten in the league, there is every chance that something will give here.

Preston North End are coming off back-to-back wins against Luton Town and Huddersfield and they have no losses in four games played so far this season. It's worth noting that Preston conceded just once in four games across all competitions; they'll hope to make it three wins from three against Rotherham.

Rotherham United have been a difficult team to beat; they have no losses in their last 13 matches in all competitions, with eight wins and five draws. Paul Warne's men will look to extend their unbeaten run to 14 games as they face Preston; it'll be interesting to see how they'll fare against an in-form Preston side.

A quickfire FAQ on Preston North End vs Rotherham United 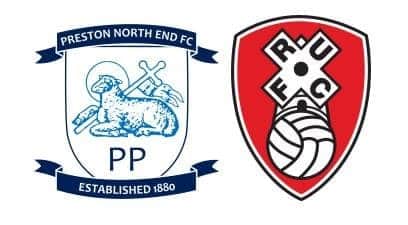