There has been a lot of talk about Qatar 2022 being Cristiano Ronaldo's final World Cup appearance. Well, if he and his Portugal teammates slip up here it's feasible they don't make it to the Finals. Will the Portuguese get the job done without the need for a playoff? Find out with our Portugal vs Serbia match preview with free tips, predictions and odds mentioned along the way.

Portugal vs Serbia: Our top tips

*Odds from Bet365 are subject to change.

There is little to choose between these sides right now. The group standings have them on the same points, the recent form has them as having won four of their last five and drawing one with both sides dropping points away to Ireland and, finally, you've got the fact they drew with one another earlier this year. Despite all of that, we think Portugal will win the game. In the tough moments they have more know how and experience and also have the advantage of being at home.

It'll be level at the break

We've already said we fancy Portugal to win the match but it looks destined to be a close encounter. Portugal know a draw is enough for them to top the group and qualify for the World Cup so won't over exert themselves in an offensive sense whilst they don't give up loads defensively owing to the way their team naturally structures. Serbia would be pretty happy with things level at this stage of the game too; their aim in this game will be to keep things tight with the intention of striking later in the game.

If you need a man for the big moment they don't come any better than Cristiano Ronaldo. Not only is Mr CR7 the all time top goal scorer in international games but he's proven time and time again that when the chips are down he's more reliable than pretty much anyone in the world. The Portuguese has already bailed his club manager out of the mire several times with late winners and we think he'll get the winner here too. If, as predicted, things remain tight as the game enter its latter stages then Serbia will have to be more adventurous as they need the win; that will create a few gaps and any chance that comes Ronaldo's way as a result of that will be taken.

Find the best odds for Portugal vs Serbia

There are plenty of star players on Portugal's roster with the likes of Cristiano Ronaldo, Diogo Jota and Bruno Fernandes perhaps the main guys that will steal headlines, however, what could be more notable in this match is the absence of Pepe at centre back. He was red carded in the closing stages of their last game. The Serbian attack of Luka Jovic and Dusan Vlahovic will feel more positive with him missing.

FAQ on Portugal vs Serbia 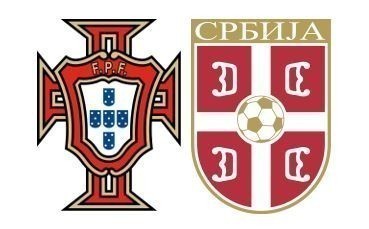