Portugal are looking to build upon their win over Hungary but face a much tougher opponent in Group F this weekend, in the form of Germany. Germany lost to France last time out and really need to use their home advantage of Saturday to secure a win against Portugal or risk being eliminated from Euro 2020 prematurely.

Read on for our full match preview and prediction for Portugal vs Germany in the European Championship.

Germany have won each of their last four encounters with Portugal, the most recent of which finishing 4-0 in the 2014 World Cup. Germany aren't the same team they were back then but they do have the home advantage this weekend and while Portugal won 3-0 against Hungary, they conceded a number of opportunities in that game that a better team would have converted.

Both teams have scored in three of the last six meetings between these two countries and Portugal and Germany have scored in all bar one of their last six international matches. Neither Germany nor Portugal looked very strong at the back in their first group game of the tournament and with Germany likely to take the game to their guests, both teams will have chances to score during the 90-minutes.

Seeing as we have backed Germany to win and both teams to score, logically, we're also backing over 2.5 goals to be scored, and here is why. Four of the last five meetings between Portugal and Germany have produced over 2.5 goals. Four of Portugal's last five games have also seen at least three goals scored and the same can be said for three of Germany's last six fixtures.

Everything you need to know ahead of Portugal vs Germany

Portugal are likely to start in a 4-5-1 as they did against Hungary but the manager Fernando Santos might be tempted into making some changes to his starting eleven as Rafa Silva, Renato Sanches and Andre Silva all made big impacts against Hungary, despite only being on the pitch for a short time. The game was goalless before the three players were brought on and Portugal ended up claiming a 3-0 victory.

Germany didn't offer too much going forward against France but Low could stick with his original starting eleven for what is expected to be a slightly more even game. The Germans lined up in a 3-4-2 formation, but often Gnabry was left isolated up-front and failed to hold up the play when he did receive the ball, so Werner is in with a chance of pinching his starting role.

Portugal looked like they were going to have to settle for a point against Hungary in their opening game of Group F but a late flurry of goals helped secure a comfortable 3-0 victory in the end. Defensively, Portugal had their issues against Hungary and could have conceded a goal before they took the lead late on, and another performance like that could lead to a defeat in Munich on Saturday. Cristiano Ronaldo broke the European Championship scoring record and is now closing in on Ali Daei's international goalscoring record, so Germany need to keep the Portuguese superstar as quiet as possible.

Germany went down 1-0 in their own backyard against France and now face a lot of pressure to secure a win against Portugal in order to keep their automatic qualification hopes alive. Germany didn't offer enough in the final third against France and might make some changes to their attack ahead of the game against Portugal, with Werner possibly coming in for Gnabry and maybe sane replacing Havertz. Either way, Germany need to offer more going forward in this game and we believe they will.

Portugal vs Germany – Your Questions 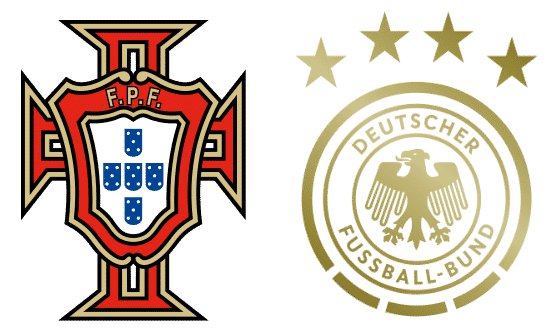