Poland and Slovakia face-off on Monday knowing just how important a win in their opening game of Group E could prove to be, with games against Spain and Sweden still to come. Poland possesses more goals up-front than their opponents but Slovakia have some excellent attacking midfielders and we believe this game is going to be very close and competitive.

Read on for our full match preview and prediction for Poland vs Slovakia in the European Championship.

Our Top Three Predictions for Poland vs Slovakia

We're expecting both teams to create plenty of goalscoring opportunities on Monday and certainly don't see this match being the first goalless draw between the pair. Both teams have scored in four of the last seven encounters between the two countries, while five of Poland's last six matches and three of Slovakia's last four fixtures have also produced goals at both ends of the pitch.

We all know how good Robert Lewandowski is for Bayern Munich, scoring goals for fun, but he also does it at international level as well. The 32-year-old striker has netted 66-goals in 119 caps for Poland. Lewandowski captains Poland and top-scored in the Euro qualifiers for his country with 6-goals and ended the Bundesliga campaign with a fantastic 41-goals in 29 matches.

Poland vs Slovakia: All the latest stats

Poland came from behind twice to rescue a draw in their final friendly against Iceland ahead of Euro 2020. Poland's form is somewhat of a concern heading into the tournament as wins have proven hard to come by but a victory on Monday will give Lewandowski and co a huge boost in confidence. Poland have no injury concerns ahead of the game against Slovakia and their captain Lewandowski will be looking to get on the scoreboard in what could turn out to be his final major international tournament.

Slovakia also have a clean bill of health heading into their opening game in Group E. The underdogs will be hoping to win the midfield battle in this game, relying on the likes of Hamsik, Kucka, Weiss and Mak to control the possess as well as creating chances and getting into the box to support the frontman. Slovakia have plenty of experience in their side and the majority of their players ply their trade in Europe's top leagues, so Poland will have a tough match on their hands. 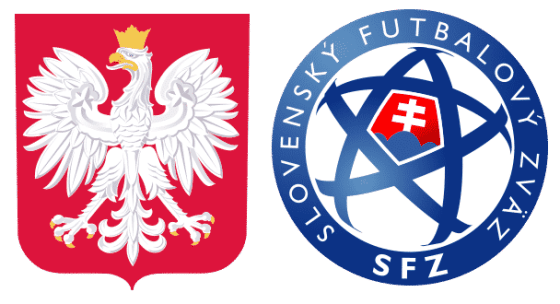