Napoli vs Barcelona: Check out our betting tips

After the first leg of this Europa League tie ended in a draw, things are very much in the balance. Who will find a way to advance? Find out with our Napoli vs Barcelona match preview with free tips, predictions and odds mentioned along the way.

Barca to find a way through

We'll be honest, with both sides unbeaten across their last five games we are not convinced this match is settled within 90 minutes. Napoli have won two and drawn three of their last five with Barcelona tipping the other way; they've won three and drawn two. Why do we lean towards Barca to qualify? They're form is seemingly on an upward trajectory under Xavi whilst Napoli are not in their best moment.

These sides both scored in the first leg and we 100% see that happening again in the second leg. Napoli have now seen both teams score in four of their last five matches – including the last three. Barcelona meanwhile have seen both sides score in each of their last four games. As for the head to head record, four of the last five clashes between these two have ended with goals for both.

Here are the key stats & form guide for Napoli vs Barcelona

Neither of these sides are having the seasons they would have wanted so Europe's secondary competition takes on extra special meaning. One of them, however, is going out.

Napoli have not been getting beaten lately but they are struggling to win games as well over their last few games. They'll need to find something here to help them over the line though. They do, however, have several players with question marks over them including Hirving Lozano whilst Lorenzo Insigne is definitely out.

Barcelona are having a very poor season by their own standards. Recently though, you get the feeling things are slowly starting to turn. A win here would be further proof of that. Like Napoli, Barca will be without several players with Dani Alves and Ansu Fati the key names missing. 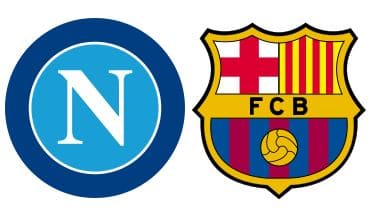