The list below is our top choices for betting tips on the Maritimo vs Vitoria Guimaraes fixture, which were created by our betting experts.

Remember to double-check all odds on the Maritimo vs Vitoria Guimaraes match because they might change by the time you read this. Our recommended bookmaker for this match is Ladbrokes

Vitoria Guimaraes might have won four of the last five games they played against Maritimo, but their recent form consists of seven losses and a draw in the last ten games. Compared to that Maritimo has six wins or draws and four losses in the last ten Primeira Liga games. Maritimo also won three out of the last five home games they played, while their opponents lost four and drew one of their latest away games.

In the entire Primeira Liga, Joel (Maritimo's top scorer this season) has scored nine goals and two assists. Rodrigo Pinho also has nine goals, but he wasn't in the squad in the last four games. Joel scored three of his nine goals in the last five games for Maritimo.

In the last ten games for Maritimo only in two of them, both teams scored, while for Vitoria Guimaraes there were only two BTTS games in the last eight they played. The last four head-to-head games they played against each other ended without both of them scoring during the match.

Check out the top statistics and head-to-head data for the Maritimo vs Vitoria Guimaraes fixture on Sunday below.

Maritimo will finally get a chance to win a match against Vitoria Guimaraes on Sunday after losing almost every game they played against them since 2018. We don't expect many goals on both sides, so the game might be uneventful.

Both teams have one injured player, who won't make it on the pitch. Maritimo's Moises Mosquera is out with a shoulder injury and it's not known if he will be back before this season ends. Vitoria Guimaraes's midfielder Joseph Amoah is also injured (muscle injury) and won't make it for the game on Sunday. 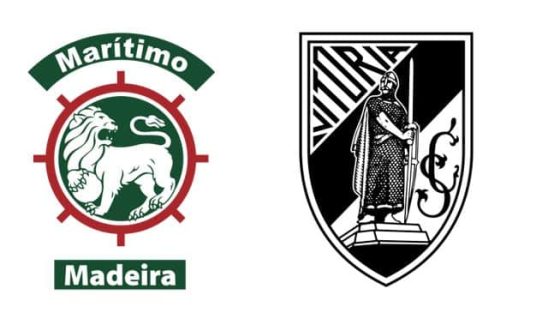