Liverpool could move to within 3pts of the Premier League leaders Man City on Wednesday night when they play host to a struggle Leeds side. The Yorkshire club have been leaking goals of late and head to Anfield on the back of three defeats and one draw from their last four league games.

All you need to know about Liverpool vs Leeds

Any hope for Leeds at Anfield?

Liverpool conceded the opening goal at home to Norwich early in the second half, after the opening 45-minutes were poor and ended goalless. However, going behind only forced the hosts to buck their ideas up and goals from Mane, Salah and Diaz saw Liverpool turn the game in their favour. That victory plus Man City's surprise defeat at home to Spurs means that a win on Wednesday will take Liverpool to within 3pts of the league leaders.

Leeds found themselves 2-0 down at home to Man Utd at halftime but responded well in the second forty-five and managed to get back onto level terms thanks to goals from Rodrigo and Raphinha in the 53rd and 54th minutes. However, Leeds failed to capitalise and allowed Man Utd back into the game. Fred put the visitors 3-2 up in the 70th-minute and Elanga made sure of the points with a 4th-goal late on.

Leeds: the visitors could be without Cooper, Phillips, Koch, Hjelde, Bamford and Greenwood for the trip to Anfield. 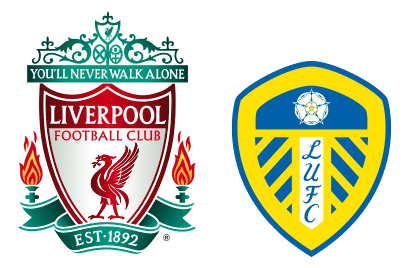