Arsenal are closing in on the final Champions League place with a 2pts lead over Tottenham and just four games in the Premier League remaining. Leeds provide the opposition at the Emirates on Sunday and the visitors arrive desperate for points in their bid to escape relegation.

Saka top scores for Arsenal this season in the Premier League with 11-goals, just two of which have come from the penalty spot. The 20-year-old England international is in good form in front of goal with 4-goals in his last ten league games, so you can see why we're backing Saka to score against Leeds this weekend.

The Gunners have won six of their last seven games against Leeds in all competitions and have managed to keep four clean sheets during that period. Arteta's men have won each of their last three outings in the Premier League, beating West Ham, Man Utd and Chelsea. Leeds lost last time out against Man City 4-0 and have now failed to score in each of their last two league games.

Arsenal vs Leeds: all you need to know

The Gunners are looking to consolidate 4th place with a win

Arsenal made the short trip to West Ham last weekend where a first-ever Premier League goal from Holding handed Arsenal the lead in the 38th-minute. However, Bown equalised for the hosts right on the stroke of half-time after a nice ball into the box from Coufal. Early in the second half, Gabriel headed Arsenal back in front and this goal proved enough to win the game for the visitors. Arsenal currently sit fourth in the table and if Arteta were to lead the club back into the Champions League it would be a great achievement for the Spanish manager.

Leeds would have been expecting a very tough evening at home to Man City last time out, and that is just what they got. The hosts simply couldn't handle the movement of the City attackers with Rodri putting the visitors in front at the break. Ake, Jesus and Fernandinho added further goals in the second forty-five to condemn Leeds to a disappointing 4-0 defeat.

Arsenal: White, Tierney and Partey are the main injury concerns for the hosts.

Leeds: Roberts, Bamford, Forshaw, Summerville, Cooper and Dallas could all miss the trip to the capital through injury.

Your Questions for Arsenal vs Leeds 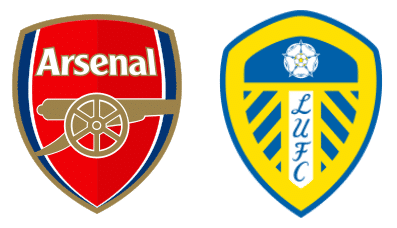