Both Krylya Sovetov and Spartak Moscow started the new Russia Premier League season with defeat but have a chance to redeem themselves on Friday evening. The visitors from Moscow are the big favourites to win this game but the newly promoted hosts will be itching to get their first points on the board.

Spartak Moscow have an excellent history against Friday's hosts, winning 38, drawing 9 and only losing 6 of the pair's last 53 meetings in all competitions. When these two sides last locked horns in 2019, Spartak claimed a 2-0 win at home and a few months before that, they won 2-1 away. Krylya Sovetov have lost three of their last four competitive and non-competitive matches, while their guests have won four of their last five outings.

When these two sides clash the goals usually flow and we're predicting more of the same on Friday. Over 2.5 goals have been scored in five of the pair's last six meetings in all competitions, while four of the host's last five matches and five of the visitor's last six fixtures have also witnessed at least three goals.

Spartak won 2-0 when these two sides last clashed but their four previous meetings before that ended with both teams getting on the scoreboard. Three of Krylya Sovetov's and three of Spartak Moscow's last six competitive and non-competitive matches have produced goals at both ends of the pitch, so you can see why we're not expecting either side to keep a clean sheet on Friday.

Krylya Sovetov went down 2-1 in their own backyard against Akhmat Grozny last weekend and now they face an even tougher home game against Spartak Moscow. Life in the Russia Premier League can be tough but Krylya Sovetov put in a decent effort in their last game and could have pinched a point on another day. Conceding goals could prove to be a big issue for Friday's hosts and Krylya will have to sort that issue out if they want to secure enough points to remain in the top flight for another season.

Losing 1-0 away at Rubin Kazan wasn't the start to the season Spartak Moscow fans had hoped for, but it certainly won't deter them. Rubin Kazan were one of the best teams in the division last season so there is no shame in losing narrowly against them. Spartak will be aiming to put in a much0improved performance and won't settle for anything less than 3pts on Friday though as they look to get their season up and running. 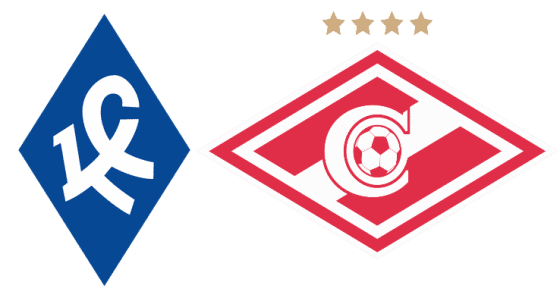