Huddersfield have lost each of their three competitive games at the start of this season. Will they stop the rot here? Find out with our Huddersfield Town vs Stoke City match preview with free tips, predictions and odds mentioned along the way.

Stoke will edge it

We begin our Huddersfield Town vs Stoke City predictions by backing the away side to emerge from the game with three points. Stoke experienced a bitter blow in the week as Morecambe eliminated them from the League Cup but they've already won in the league and hold a good head to head record against Huddersfield; namely, they've won three of the last five clashes. The other element to consider is Huddersfield Town's form and, unfortunately for the Terriers, it has not been good. We're three games into the 2022/23 campaign now and they've lost every one of those matches.

Our next tip is one that backs both teams to score, which looks a tad ambitious when focussed solely on Stoke's form, which has seen both teams score just once in their last five games. With that stat out there, we turn our focus to two other key pieces of insight. Firstly, we have the goalscoring and defensive record of the hosts; four of their last five games have seen both teams score goals. The second is the head to head record; each of the last five meetings have seen goals at both ends.

Neither of these sides can boast form that will make the other quake in their boots but, equally, with neither Huddersfield Town or Stoke City in strong form, confidence could be lacking – certainly early in the game with both likely to be keen to avoid going behind. Assuming we're correct, will that cagey start see a drab game or will low confidence inspire the opposition to go and try to win the game?

How many people had Huddersfield down as a team that would be winless after three games? In fact, it's not just winless – they're yet to even draw a game. If they want to ignite hopes of a promotion challenge then they cannot be falling too far behind at this early stage of the season.

We've spoke a lot about Huddersfield being in poor form but Stoke City aren't exactly a winning machine. That said, they have chalked up their first league points of the season and will hope to add to that tally here as they take on a side that have been rather kind to them in the past!

A quickfire FAQ on Huddersfield Town vs Stoke City 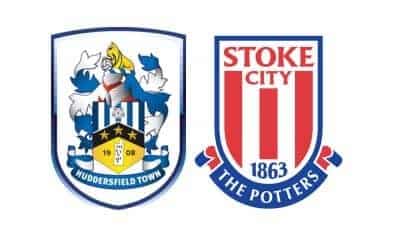