Defending world champions France go up against Croatia in a bid to rediscover a winning sequence. Stade de France will be the location for this Nations League meeting.

France’s troubles in the group continued after the 1-1 draw with Austria, although the return of Kylian Mbappe helped the team pick up a point. Croatia managed a 1-0 success over Denmark to register their first win of the group stages.

France have not managed a victory in three consecutive matches and the team are at the bottom of group already with only two points. Croatia are still not in a perfect situation and the home team are certainly well rested for this match. If France were able to find a way past the Croatian midfielder of Luka Modric and Kovacic, they stand a great chance of winning the match.

France witnessed a steady stream of goals up until the loss to Denmark. Since then, the team has been involved in back-to-back games with less than 2.5 goals. Even though the French defence is still struggling to register clean sheets on a regular basis, home advantage coupled with the threat of Kylian Mbappe is likely to see the ball being played more in the opposition half.

Top Nations League Stats ahead of France vs Croatia

France vs Croatia: Can France End the Wait for a Win?

Many of the French national team players have had a very difficult domestic campaign and tiredness is starting to become a factor for Didier Deschamps’ men in the Nations League matches so far. As the future of Deschamps continues to be discussed in the media, it has not helped matters either.

Croatia will be immensely boosted by the recent win over Denmark. There is little doubt that the presence of Modric and Kovacic has a substantial influence on the team’s play. Croatia will have to look beyond impressing against opposition even when the duo are not around.

France: Kylian Mbappe is likely to be fit for starting the match. N’Golo Kante, however, could miss out due to an injury. It is very likely that Ibrahima Konate might feature in the starting lineup.

Croatia: There are no injury problems for Croatia, who are already without Josko Gvardiol and Ivan Perisic. Borna Sosa and Borna Barisic are also unavailable for the team.

Questions about France vs Croatia 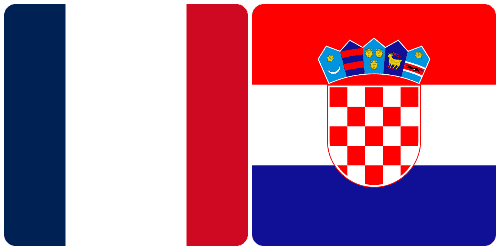 Where is the match scheduled? Stade de France

Which team is the favourite to win? France