England play host to Austria in the first of their pre-Euros warm-up games and Southgate's men will be expecting a decent challenge from the visitors. Austria have never beaten England before but they too will be heading to the Euros this summer and will want to give a good account of themselves at the Riverside Stadium.

Read on for our full match preview and prediction for England vs Austria.

We're not expecting England to thrash Austria on Wednesday, especially if they do decide to hand rests to the Man City and Chelsea players following the Champions League final. Under 2.5 goals have been produced in each of the last two meetings between these countries, with England claiming 1-0 wins on each of those occasions. England will be relying on goals from their forward players as the defenders and midfielders that have been selected don't often chip in with goals.

Harry Kane is the most obvious choice to score against Austria as he has netted 34 goals in 53 appearances for his country and he will be looking to build up some momentum ahead of the Euros. Kane has scored more England goals than any of the other six forwards that have been called up put to together and is likely to be fresher than the likes of Sterling, Rashford, and Greenwood, all of whom were involved in European finals recently.

Everything you need to know ahead of England vs Austria

Four uncapped players have made it into Southgate's squad ahead of the Euros. Goalkeepers Sam Johnstone and Aaron Ramsdale will be hoping to make their England debuts this week, while the same can be said for defenders Ben Godfrey and Ben White. Godfrey and White both enjoyed excellent campaigns with their respective Premier League clubs and will be desperate to earn their first caps against Austria. Godfrey is a handy player to have in the squad as he can play in a number of positions across the backline, has pace, and proved how quickly he can adapt to new surroundings in his first season with Everton where he won the Young Player of the Year Award. Pope, Dier, Keane, Maitland-Niles, Winks, Abraham, Ings and Barnes all missed out on selection for one reason or another.

Austria have called up all of their star players and look like they have a decent squad heading into this summer's big tournament. Arnautovic, Baumgartlinger, Alaba, and Dragovic could all start the game against England. The uncapped Bachmann could make his debut in goal and defender Mwene will be hoping to make his senior debut at the age of 27. Only Bachmann plies his trade in England with Watford but their star striker Arnautovic has plenty of experience in the Premier League and will cause the hosts a few problems in Middlesbrough. 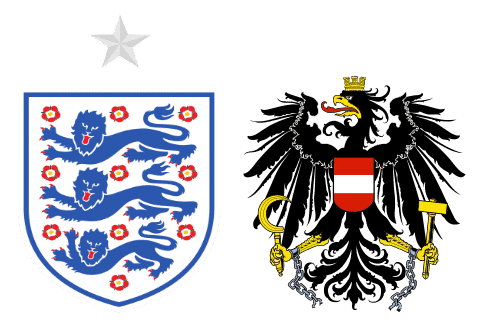