Pacos Ferreira have had a great season in the Primeira Liga but they face a tricky trip to Braga on Wednesday night that will test their ability to mix it with the top four sides. Braga might only sit one place above their guests but 10pts separate the pair and even with a defeat, the hosts are almost assured of finishing in 4th spot.

Braga suffered a surprising defeat away at Maritimo last time out and will be looking to make amends for that loss when they take on Pacos Ferreira. Francisco Moura will miss Wednesday's game due to an ACL injury, but other than that, Braga have a clean bill of health. The hosts have lost their last two matches and will be looking to guarantee a top-four finish with a win against a Pacos Ferreira side that have impressed this season.

Pacos Ferreira claimed a 1-0 win at home to Belenenses at the weekend and look likely to finish in the top six for the first time since the 2006/07 campaign. Having already beaten Braga this season, the visitors are bound to be confident about their chances of escaping on Wednesday night with at least a point, but Braga are the form favourites heading into this game and should prove a much tougher opponent this time around.

Braga vs Pacos Ferreira: Your Questions 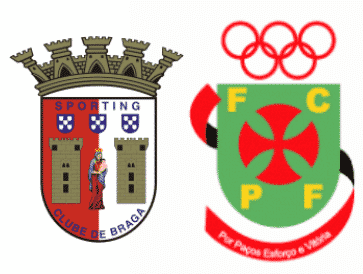