Birmingham vs QPR: Our top tips

Birmingham's 2021 drew to a horrid close as they were stuffed 4-0 by Blackburn. The visit of QPR to kick off 2022 isn't exactly an easy start. Can they, however, grab a morale boosting win to start the new year? Find out with our Birmingham vs QPR match preview with free tips, predictions and odds mentioned along the way.

Despite suffering two defeats in their last three games Birmingham will hope their home from, which has seen them lose just one in their last five, will see them bounce back with a positive here. Unfortunately, we don't share that hope. We are predicting that QPR leave with all three points. QPR have had a tough time of late losing back to back games against Bournemouth and Stoke. Notably though, both those games were at home. Their away record in recent times has been good with 10 points collected from the last 12 available. They've already beaten Birmingham once this season too.

Are next tip backs one of these sides to fail to score. We've already indicated we fancy QPR to win but, for the purpose of this tip, we're leaving the door open to an alternative result to boost our chances of a winning prediction. Both sides have seen three of their last five games end with at least one team failing to find the net whilst a head to head record that has seen one team blank in two of the last three meetings at St Andrew's means there is value to be had.

All the stats & odds for Birmingham vs QPR

Birmingham vs QPR: Check out the team lineups

The big difference between these sides moving into the second half of the season is hope. Birmingham have little hope of doing anything of note whilst QPR hold real aspirations of making the top six. They say it's the hope that kills you…

At the half way stage of the campaign Birmingham are closer to the relegation zone than the top six; that will hurt Blues fans. What will hurt more is that they've not looked like stringing a run together to change that; can 2022 to be fresh start?

QPR have suffered disappointment in recent weeks as they've lost two home games but did at least grab three points in their most recent outing to keep them close to the top six. Another win here would be very welcome as Mark Warburton's men look to get back in the playoff spots.

The final word on Birmingham vs QPR 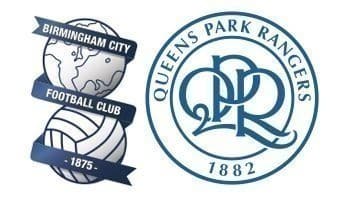