It was Africa's turn to have a world cup hosted in one of its countries and five nations placed bids for the 2010 FIFA world cup. Libya and Tunisia made a joint bid but the FIFA Executive Committee decided against a co-hosted tournament. That left South Africa, Egypt, and Morocco as the only host options. Since South Africa came close to hosting in 2006, they received the most votes. FIFA president Sepp Blatter confirmed the decision at a press conference in Zurich, on 15 May 2004. 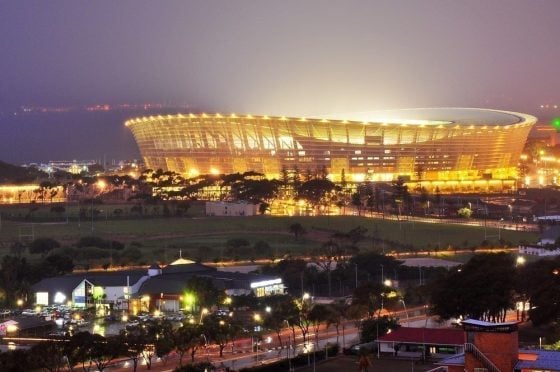 204 nations took part in the qualification process which is a 2010 world cup record that's yet to be broken. The hosts qualified automatically but unlike previous editions, holding champions didn't receive automatic qualification. So, Italy had to reach the final tournament through qualification. Among nations that qualified we got most of the usual suspects but some new names as well. It was the first world cup for Slovakia as an independent nation. They were previously part of this tournament as Czechoslovakia. North Korea made its first appearance in 1966. Honduras, New Zealand, and Algeria qualified after missing several consecutive tournaments. Serbia also participated as a new country after playing in the 2006 edition as Serbia & Montenegro.

Some of the nations we used to watch failed to qualify for the 2010 world cup. Croatia, Tunisia, and Saudi Arabia are among them after playing in the last three editions. Sweden, Poland, Ecuador, and Costa Rica played in 2006 and 2002 but failed to qualify here. The same is true for Ukraine, Russia, and Turkey. This is a full list of qualified nations:

The Jabulani was the official match ball for the 2010 world cup. Manufactured by Adidas, the ball got its name from the Zulu word Jabulani which means “be happy”. To this day, the 2010 world cup ball remains the most criticized ball to ever feature in a tournament. Complaints kept coming even after the tournament was over. Most complaints came from goalkeepers who claimed that the ball favours attackers. Julio Cesar, Claudio Bravo, Iker Casillas, and Gianluigi Buffon were some of the names that claimed that the ball is very hard to handle. 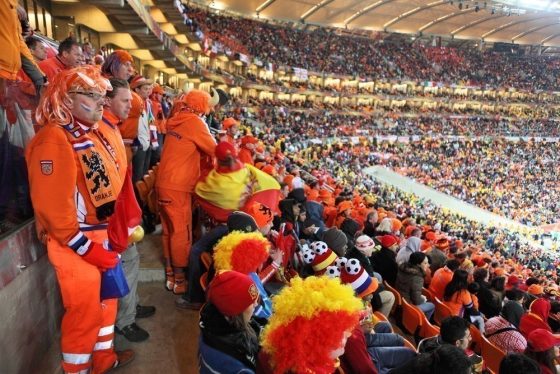 According to coach Diego Maradona, the lack of long balls during the 2010 world cup was because the ball didn't fly straight. Nevertheless, it seems most attackers loved the ball as four players scored 5 goals each to battle for the Golden Boot. Thomas Muller won the award because he had the most assists (3) to go with his 5 goals.

As the group stage started, fans got to witness exciting and unexpected results. Italy became only the third nation in history not to crash out in the group stage as holding champions. France, who they beat in 2006 also failed to reach the last 16 rounds. African fans were left disappointed as well because all their nations performed poorly. South Africa became the first nation in world cup history to be eliminated in the group stage. Overall, Ghana was the only African nation that progressed to the last 16 rounds where they were eliminated by Uruguay.

Two huge upsets happened in the last 16 rounds. First, the Netherlands defeated Brazil 2:1 even though the South Americans were the favourites to win the world cup 2010. Germany demolishing Argentina 4:0 was the other upset. Messi and company were humbled by a German squad that was eliminated in the quarter-finals against Spain. Eventually, they went on to win 3rd place against Uruguay. La Roja, on the other hand, scored just three goals in regular time after the group stage. One goal against Portugal, Paraguay, and Germany was all they needed to reach the 2010 world cup final. The Netherlands would be their opponents who defeated Uruguay after downing Brazil.

The Soccer City stadium in Johannesburg was host to the finale of the 2010 world cup. Almost 85,000 loyal football fans watched as Spain lifted the world cup 2010 trophy. It was a fixture in which committing fouls was the main show. Spain dominated and the Netherlands had to focus on defending. Howard Webb tried to calm the situation and issued 14 yellow cards. It was a miracle that no player got a red card. There weren't a lot of chances in regular time as the 2010 world cup final headed to extra time. Everything suggested that a penalty shootout was coming but then lightning struck.

In a moment of pure brilliance, Cesc Fabregas found Andres Iniesta unmarked in the box. He struck a volleyed shot that went beyond the goalkeeper. Just like in all their fixtures after the group stage, Spain needed just one goal to win the 2010 world cup final.

How many people watched the 2010 world cup?

Who was the top scorer for Spain?

A lot of players performed admirably during the tournament, especially attackers. Even though Iniesta scored the most important goal, it was Wesley Sneijder who stood out as the driving force behind the Dutch squad.

Argentina was eliminated in the quarter-finals but Diego Forlan's individual performances were so good, he won the Golden Ball Award.