Wolves are pushing for the European places in the Premier League this season and this weekend they play host to a Leeds side hoping to avoid a return to the Championship. Leeds on their first match under new manager Jesse Marsch but it was only against bottom of the table Norwich and Saturday's trip to the Midlands should be a much tougher test.

Wolves are unbeaten in their last six meetings with Leeds, picking up five wins and a draw. We've backed Wolves to win this weekend as the hosts have won three of their last five league games, while Leeds have lost five of their last six outings. There is a gap of 20pts between the two sides as things stand, a gap we believe will increase on Saturday.

Under 2.5 goals have been produced in five of the last seven league meetings between Wolves and Leeds, and we're predicting another low-scoring 90-minutes this weekend. Wolves don't score too many goals and they don't let in many either with the hosts seeing three of their last four matches produced under 2.5 goals. Fewer than three goals were also scored in Leeds' last away game against Leicester City, so you can see just why we're not expecting a goal-fest on Saturday.

All you need to know ahead of Wolves vs Leeds

Wolves expected to win at home against struggling Leeds

Wolves were given a tough game by Everton at Goodison Park last time out but in the end, the visitors secured all 3pts thanks to a second-half header from Coady. That win moved Wolves into 7th place, 2pts behind West Ham and 4pts off Mna Utd, so there is a great chance that Lage's men could finish in the European places this season.

Leeds started well against Norwich last time out, taking the lead in the 14th-minute through Rodrigo. However, as the game approached its conclusion, there was always a chance that Norwich would pinch a point and when McLean levelled the scores in the 91st-minute, most Leeds fans feared the worst. There was still time for one more meaningful attack from the hosts though, and in the 94th-minute Gelhardt scored a rare goal to win the game for Leeds in Dramatic style.

Wolves: Semedo, Hoever and Hwang could miss the game against Leeds due to injury.

Leeds: Cooper, Phillips, Rodrigo, Hjelde, Roberts and Firpo are the main injury concerns for the visitors. 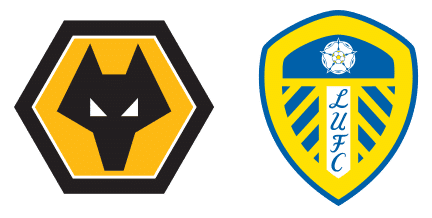