Reading were taken apart in midweek by newly promoted Sunderland. Will we be hearing a similar thing here as they visit a fellow newly promoted side? Find out with our Wigan vs Reading match preview with free tips, predictions and odds mentioned along the way.

Wigan to win it

Reading have been flying so far this season with the Royals say up in the top six but we think they'll lose this game. Despite the strong start to the season Reading have made it is important to note that they have now lost two of their last three games and, notably, they've both been significant defeats as they shipped four goals to Sheffield United in late August before Sunderland beat them 3-0 in the week. Wigan meanwhile started their campaign off with a few draws but have quietly been improving as the weeks tick by; they've now gone unbeaten in three and have won each of their last two games. With home advantage, we think they'll make that three on the spin here.

Here are the key stats & form guide for Wigan vs Reading

Wigan might sit in midtable right now but they're only two points off their fourth place visitors meaning a home win would see them leapfrog Reading. The Royals will be annoyed with how they were taken apart by Sunderland in the week and will hope to show it was a one off against what was a League One side last season. Those facts set this game up nicely.

Despite Wigan's good form they've had to earn those results without a couple of players due to injury. One positive for them is the potential return of Tendayi Darikwa.

Reading are expected to be without a few faces as they travel to Wigan with Liam Moore amongst those injured but, regardless, it's hardly enough of an injury list to interfere with their overall plans. Can they bounce back from midweek disappointment?

A quickfire FAQ on Wigan vs Reading 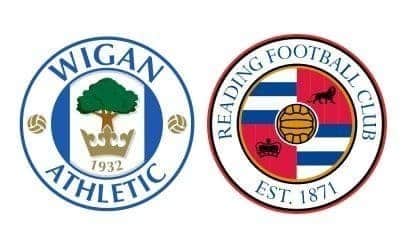