Last season’s League One champions Wigan take on Preston North End at the DW Stadium in the opening Championship match of the season for the two clubs. This is a preview of the fixture which takes place on July 30, 2022.

Wigan have generally fared very poor when it comes to the Championship performances in recent years. However, this disappointing run in the Championship comes after fading away from a good start. Even in the recent Championship campaign back on the 2019-20 season, Wigan opened the season with a home win. Preston finished the 2021-22 campaign with a very poor away run.

Preston came up with three goals in the final away game of the season against Barnsley, but this is one of the few exceptions for the team. It is not expected that things would change under the regime of Ryan Lowe, as Wigan are quite strong at the DW Stadium.

Wigan are delighted to come back to the Championship after a small absence of two seasons. The Latics, though, have not done well in the Championship for several seasons and it would be a surprise if they managed to dominate the league just like 2013-14 when Uwe Rosler was in charge. Leam Richardson, though, has been able to make some important acquisitions like Ryan Nyambe.

Preston manager Ryan Lowe has seen the finish in the mid-table positions for multiple years and it would take something extraordinary for the team to make a push for the places. The last time Preston came in the play-offs the 2017-18 campaign when the team finished seventh under Alex Neil.

Wigan: Charlie Wyke is unable to play because of a heart condition and he is the only injury problem for the Latics.

Preston: Matthew Olosunde is missing from action for Preston North End because of a groin injury.

Top EFL Championship Stats ahead of Wigan vs Preston

Questions about Wigan vs Preston 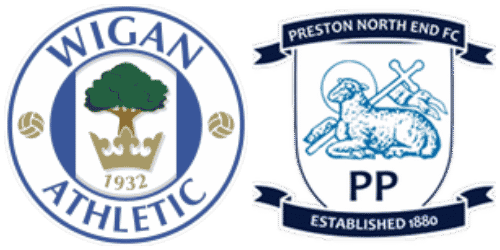 Where is the match scheduled? DW Stadium

Which team is the favourite to win? Wigan Athletic