Wigan vs Blackburn: Our betting tips

Both of these sides are competing towards the top end of their leagues and could feasibly face one another in the league next season. It means this should be a tight encounter but who will come out on top? Find out with our Wigan vs Blackburn match preview with free tips, predictions and odds mentioned along the way.

It's perhaps a tad of a longshot but we fancy Wigan to win this match. The League One promotion chasers are in great form having not lost since back in October – some 13 games ago – whilst their last match saw them hit Oldham for six. It's fair to say the mood around the DW Stadium is a good one. Blackburn are, of course, having a good season too; they're on a nine match unbeaten run having won seven of those matches. The key thing here though is that we think they'll make changes to their lineup whilst Wigan won't; the value of the betting odds makes that interesting.

It's fair to say that with both sides in such a hot run of form that goals haven't exactly been hard to come by for them. Wigan have scored in each of their last 10 games whilst Blackburn have failed to find the net in just two of their last 10. Regardless of how the sides lineup, both managers will ask their players to express themselves in the right way and that will lead to plenty of goal mouth action.

Check out the key stats & form for Wigan vs Blackburn

Wigan vs Blackburn has the potential to be a really good cup tie both in terms of how the game itself unfolds and also with regards to what could happen in terms of the result. How the mangers opt to line up could define who goes through.

Wigan are going well in League One and are looking good value for promotion to the second tier. Even with that in mind, they are a club that has enjoyed FA Cup success in fairly recent times so will want to give this game their all. If they go out at full strength, they've got a real chance.

Blackburn are flying in the Championship and firmly have their eyes on a Premier League ticket. It means they could well make changes for this game with Ben Brereton Diaz most likely to be rested. Will Tony Mowbray find a balance where his side can still go through?

A brief FAQ ahead of Wigan vs Blackburn 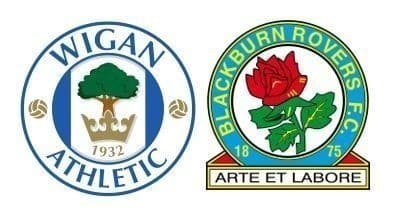