West Ham will be looking to repeat their FA Cup result against Leeds last week when the pair lock horns in the Premier League this Sunday. West Ham are the clear favourites to win the game and its hard to see how Leeds will get anything out of this one.

West Ham have secured wins in each of their last four games against Leeds, winning 2-0 at home against the Yorkshiremen just last weekend in the FA Cup. The Hammers are flying high in 4th spot, while Leeds occupy 16th position and could yet be dragged into a relegation battle. The visitors have lost four of their last five matches in all competitions and we're expecting another Leeds loss this weekend.

Jarrod Bowen has proven an excellent signing from the Championship for West Ham and we're backing the former Hull City man to score against Leeds this weekend. Bowen has netted 5-goals in the league so far this season and has scored 5-goals in his last nine appearances for the Hammers in all competitions, including one against Leeds in the FA Cup and two in their midweek victory over Norwich.

Can Leeds offer more against West Ham than they did in the FA Cup?

West Ham were always expected to beat Norwich at the London Stadium and that's just what they did. Bown opened the scoring in 42nd-minute, just what West Ham deserved before the break. Norwich kept things tight for the most part but Bown got in once again late on to make the final scoreline 2-0. That result keeps the Hammers 2pts above Arsenal but the Gunners still have a game in hand, while Spurs sit a further 2pts behind and have three games in hand.

Leeds' last game came away at West Ham in the FA Cup and the visitors will have to put on a better performance if they want to pick up any points this weekend. West Ham took the lead in the 34th-minute and made sure of the result in stoppage time with a second goal. Leeds made chances in this game but their finishing was poor, something they will have been working on throughout the week no doubt.

West Ham: Zouma, Benrahma, Soucek, Noble, Fredericks and Ogbonna are the main doubts for the Hammers.

Questions About West Ham vs Leeds 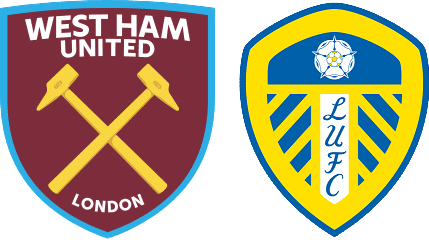