West Brom enter the post-Steve Bruce era with a tough trip to fifth place Reading. Can they get a win to kickstart their stuttering campaign? Find out with our Reading vs West Brom match preview with free tips, predictions and odds mentioned along the way.

New manager bounce – or at least change of manager bounce – or not, we just don't see West Brom getting anything from this game. Bruce has lost his job but, actually, if you're honest his players let him down with their inability to win games; that's unlikely to change over the space of a couple of days and it's even less likely to happen when travelling to Reading. The Royals have only lost one of their last six home games having won four of them. Compare that to West Brom's away form and it's considerably better; the Baggies haven't won away since the final day of last season; ironically that was against Reading but it won't count for much here.

Our next tip for this game comes from the both teams to score market and we are backing the ‘yes' outcome. Reading have seen each of their last three games end with goals at both ends whilst West Brom have seen just two of their last five games feature clean sheets. With both sides having fairly decent records on the ‘yes' side of things in recent weeks together with the head to head record across the last four meetings coming in at 50/50 we feel that backing them both to score here is the value bet.

Reading vs West Brom: Let's look at the predicted lineups

We are only in October but the pressure is on both of these sides right now – albeit for. Try different reasons. Reading want to establish themselves as a playoff contender, which means they need to snap a two game winless run, whilst West Brom are in serious danger of falling into a relegation battle. A draw won't do so this should be a good watch!

Reading have dropped points in each of the last two games but don't read much into that; they'll be strong again here. That said, their injury list is pretty ridiculous; Shane Long is arguably their biggest miss.

We might as well forget talking about player availability where West Brom are concerned. They don't even have a manager in the dugout yet with the likes of Roy Keane and Gary Rowett leading the bookies odds at various points since Bruce was relieved of his duties. With a temporary boss, a mass of changes is unlikely.

A quickfire FAQ on Reading vs West Brom 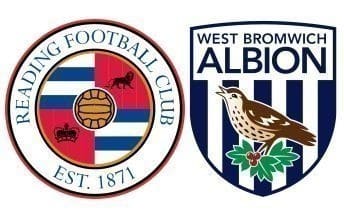