Walsall have won both of their games so far this season. Can they make it three out of three here? Find out with our Walsall vs Swindon Town match preview with free tips, predictions and odds mentioned along the way.

Swindon have had their fair share of struggles recently; they suffered three losses in their last four games, with no wins in that stretch. In contrast, Walsall have enjoyed some fine form in recent weeks; they have won three games in a row, with just one loss in their last six games. What's more? Walsall kept four clean sheets in their last five games, including their last three; they've averaged almost two goals per game in their last five matches. Considering the form of both teams, we believe that Walsall will win this match.

Can Walsall continue their perfect start to the season?

These two sides might not have much between them in terms of league position but their form couldn't be more different if it tired. Walsall are flying with three wins on the spin whilst Swindon haven't won in five. Interestingly though, Swindon hold the better h2h record; will that change here?

Walsall have been on fire lately; they are coming off three consecutive wins, in all competitions. It's fair to point out that Walsall did not concede a single goal in that three-game stretch; they'll be eyeing their fourth win in as many games.

Swindon's woes continued with a goalless draw against Salford City; although they played most of the match with 10 men, they managed to hold on for the draw. It's important to note that Swindon have no wins in their last four games, with a draw and three losses; will they be able to put an end to that run as they face an in-form Walsall team?

A quickfire FAQ on Walsall vs Swindon Town 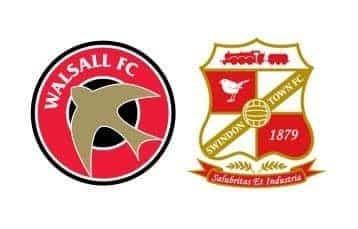