This preview for the League Two match between Walsall and Salford looks into the various aspects of the game to come up with the best predictions.

The game between Walsall and Salford is crucial for both League Two teams due to different reasons. Some of the best predictions for this game are:

Walsall are aiming for a third consecutive victory at the Bank’s Stadium. This would be huge in the club’s fight against relegation. Salford may still have one eye on promotion to League One, but the away form remains a thorn for the team.

Salford once again looked very poor going forward in the recent match against Tranmere Rovers. It was a very cagey and dull match with very few opportunities for either team. Walsall are also not in a great run of goal scoring form and the team did not offer anything going forward against Colchester United.

Salford have been through a very poor patch of goal scoring form in away matches. Even though the team has managed more than a goal per game in their overall statistics, most of the numbers have been contributed by the home matches. The team has a blank in six out of the last seven trips.

After the loss to Colchester, one for badly need three points to get away from the bottom two. The team may have a five-point advantage, but things can go south very soon in this division. A return to home matches will be a welcome sight for manager Brian Dutton, who has seen his team make the most of home games in a strong fashion. Dutton, though, will be concerned with his team’s inability to create many chances.

A slippery away form only looks to get worse for Salford, who still have the opportunity to finish in the top seven. Newport County, who are in the seventh place, are only three points away. Yet, the inconsistent form is a big let-down for the team, who has struggled to open up opposition in recent games. Salford are one of the lowest ranking teams when it comes to goals scored, as the team has only 46 goals in the 41 games. Salford are actually behind Walsall on the form table as they have picked up one point less than Dutton.

Top Betting Odds and Stats for Walsall vs Salford

FAQs regarding Walsall vs Salford Coverage and Accessibility 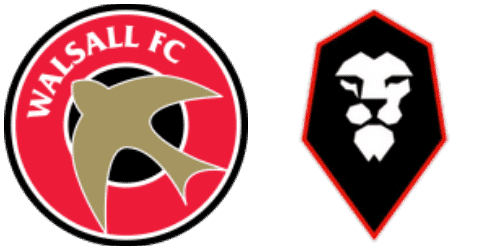 The Banks’ Stadium in West Midlands will be the location for this league match.

The favourite for this match would undoubtedly be Salford, who are at odds of 23/20.