One of the more exciting duels in the first round of La Liga will be the Villarreal vs Granada matchup. With that in mind, we have prepared a detailed preview of the game for you.

Our best free betting tips for Villarreal vs Granada

We can offer you the best La Liga predictions on our website, including our favourite free tips for the Villarreal vs Granada duel:

The Yellow Submarine had a fantastic last season in which they've won the Europa League, but Granada also did well in the same competition since they reached the semi-finals. Still, Villarreal is clearly the better team and they are the favourites in this match, especially since Villarreal didn't lose in the last five duels with Granada, while they won three of those matches. So, our prediction is for Villarreal to win this game.

Top odds and stats for Villarreal vs Granada

If you wish to bet on the best odds for Villarreal vs Granada, take a look at our list of odds from the top betting sites in the UK:

Villarreal vs Granada preview: A very interesting duel in the first round

The historic last season for Villarreal ended with their first-ever European trophy with a win over Manchester United in the Europa League final. Meanwhile, the team didn't do as well in La Liga since they ended the season in the 7th place. Still, thanks to their win in Europa League, the Yellow Submarine will play in the Champions League this season. Villarreal already had an early start to the season since they played Chelsea in the UEFA Super Cup, but they ultimately lost that game on penalties. The team added a few solid players, especially  Juan Foyth and Boulaye Dia.

Just like their first-round rival, Granada also had a great run in the Europa League since they've reached the semi-finals of the competition in their first-ever European appearance. However, that took its toll on Granada and they failed to reach a spot that leads to European competitions once again, finishing La Liga in the 9th place. The team added Bacca, Monchu, and Abram on free transfers, while they let go of Roberto Soldado and Rui Silva.

Frequent questions for Villarreal vs Granada 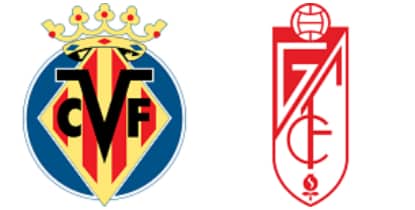