In case you needed any kind of confirmation, Les Bleus is the nickname for the French national football team. Translated, it is quite literally ‘The Blues’. This, of course, relates to the colour of the kit that they usually wear on the international stage. And like most nations, the colour of the kit worn is related to the colours of the French flag – blue, white, and red. However, the 1978 World Cup event had something else in mind for Les Bleus. Rather than playing in their traditional kit, they actually had to play one match in green and white – bizarre, we know. 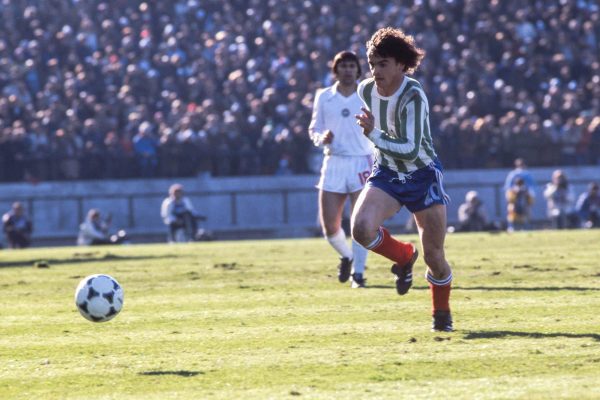 This was the one and only time that France has ever taken to the international stage without wearing their usual colours. And as we gradually reveal the reasons behind this story, you will gain a much better understanding of why this occurred in the first place. The truth is actually rather amusing, and it’s not something that many people would have thought possible given the prestige of the World Cup.

It’s not because France had decided to trial a new kit for this specific game, nor did this happen due to a mishap in the laundry room. It happened for reasons that are only relevant to that period of time. Allow us to explain.

The truth behind the madness – blow by blow

Before we dive deeper into the real reasons that France wore a green and white kit, let us give you an overview of the situation. In the 1978 World Cup, France was due to play against Hungary in their third group game. They had lost their opening two matches, so qualification was already impossible, even if they did manage to beat the Hungarians. As it happens, France did win the game by a score of 3-1, yet they didn’t progress to the knockout stage of the tournament.

Anyway, the win wasn’t as memorable as the shirts that they had to wear for the match. And since that is the main angle we are focusing on here, it’s about time we shared all of the juicy details.

Kit change was prompted because of black and white TV

For many of you reading this, the idea of a kit change because of a lack of colour TV may seem a little alien-like. However, this was a real problem until colour TVs were made available to the masses. Most households had a black and white TV in 1978, and this was the root cause of the kit change. FIFA was fully aware of the fact that viewers found it hard to distinguish between dark-coloured shirts when watching on a black and white TV. And since France had a blue shirt, while the Hungarians had a red shirt, something had to be done.

Due to this problem with contrasting shirts, especially with dark colours, it was deemed that a kit change was the most feasible solution. FIFA decided that they would ask France to change their kit, but this is where the problems started.

The administrative error that actually caused the problems

While it was France that was asked to make the kit change, both teams turned up to the game with white shirts. Obviously, this was somewhat of a problem for the viewers and for the players. So when the day of the game arrived, there was clearly a major issue which meant that the game could not begin until it was resolved. But how did this even happen? Well, according to reports, it was the error of the French team supervisor.

Somewhere along the line, he had made an administrative error which meant that France turned up ready to play in the wrong shirts. And since it was their mistake, they were the ones who had to clear up the mess. Of course, the only way to solve the mess was to get a different kit, yet the game was already supposed to be starting in less than an hour! So as you can imagine, tensions were rather high in the French camp, and the mad rush to find a replacement kit had begun. 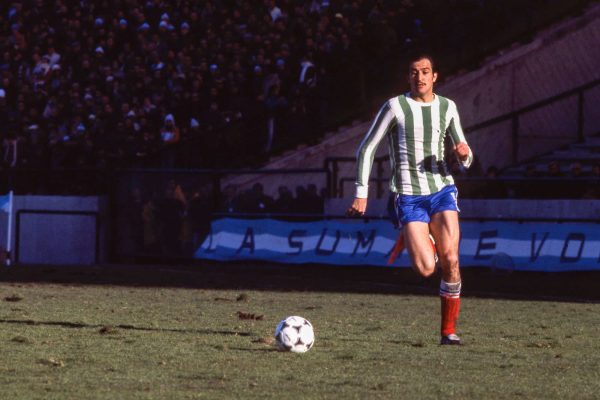 The mad hunt for a replacement kit

Naturally, the two teams couldn’t compete against each other wearing the same kit. But given that the game was due to get started imminently, France had to take whatever measures they could to get a kit that was sufficiently different. And the quickest solution to the problem would be to contact the nearest local club in Argentina to grab some shirts from them. This club was Atletico Kimberley, who played their games in a green and white kit. However, the club wasn’t exactly around the corner, so it took a decent length of time to collect the shirts from this club and then bring them back to the stadium for the game.

Amazingly, this wasn’t the end of the troubles for Les Bleus. They had found a kit that was sufficiently different from Hungary’s white shirts, yes, but how would anyone know which player was which? After all, football shirts still had numbers on them back in 1978, yet the kit they received obviously did not match the lineup of the French squad. This caused another amusing problem.

One hour to iron numbers onto the kit

As you know from the information shared above, the collection and delivery of the green and white shirts took quite a while. Yet the problem surrounding no numbers being listed on the shirt was another big issue. Therefore, the French kit managers were tasked with ironing all of the individual shirt numbers onto the kit so that it was ready to go. Apparently, this took the team around one hour to complete the ironing process. Subsequently, the game was delayed by a grand total of 40 minutes, much to the annoyance of the fans that were already inside the stadium.

Then again, if you were to ask fans whether they’d prefer to watch the match with no numbers on the shirts, we doubt that the answer would be yes. So really, it is commendable that the kit supervisors were able to locate a suitable kit, collect it, and then get it sorted for the upcoming match. And it would seem that the change of kit resulted in a change of fortune for the French, as this was the only game that they won in the 1978 World Cup.

Is this the only example of club kits being used in the World Cup?

You might have thought that this was the only time that a club kit had been used for the FIFA World Cup. But amazingly, this was not the first time, nor was it the last time either! There are actually three other examples of teams being forced to use club kits due to similar problems. So for a bit of fun, let us also share the stories of these other examples.

It would seem that it didn’t take all that long for kit clashes to cause issues in the World Cup. In just the second instalment of the tournament, the issue arose when Germany was due to play Austria in the third place playoff match. Both of these nations wore white shirts for the 1934 World Cup, and after a toss of the coin, Austria was the one who had to change. Yet just like France in the 1978 example, they did not have a replacement kit readily available. But since the game was played in Naples, they had the luxury of being able to snag the home kit of Napoli.

However, Austria lost the game 3-2, so they couldn't have been too pleased with either event that day. 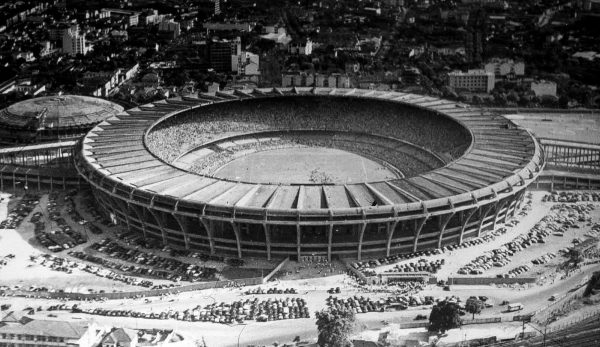 The problem of conflicting kits then settled down since the incident in Naples. But fast forward to the 1950 World Cup and issues popped up once again. This time the tournament was being played in Brazil, and the two teams that had conflicting kits were Switzerland and Mexico. The group game was due to be played in Porto Alegre, and since both teams had dark shirts, one had to change. Mexico were the ones who drew the short straw here, and they had to snatch the kit from a local club named Cruzeiro.

However, the change of kit didn’t bring them the same fortune as the French, as they ultimately lost their final group game by a score of 2-1.

The only other time that kits have caused issues prior to 1978 is the World Cup in Sweden, played in 1958. But this one was unique from the other World Cup tournaments as the contrasting kits actually came from striped shirts instead of solid colours. And the two teams that were having issues this time around were Germany and Argentina. Just like the other examples, it was a local club that saved the day too – IFK Malmo, to be precise. They loaned out a solid yellow shirt to Argentina for this game, yet they ultimately lost to West Germany by a score of 3-1.