Northern Ireland might have missed out on a place at the upcoming Euros but Ukraine didn’t. They’ll be using this game as a warm up for the tournament but it won’t be easy. Can they build some confidence by beating Northern Ireland here? Find out with our Ukraine vs Northern Ireland match preview with free tips, predictions and odds mentioned along the way.

The odds and the fact that Ukraine are the side with a European Championships to look forward to might have you thinking we’d make the prediction that Ukraine would win. You’d be wrong and the reason is because the form book doesn’t suggest it will be particularly comfortable for Ukraine. They’ve drawn their last four with the last three being at home to far from top quality sides. Before that, they’d lost a further three so they’re on a seven game winless run. Northern Ireland aren’t flying themselves but are unbeaten in two with a win and a draw whilst they’ve only lost two of their last five.

There won't be many goals in it

It’s a rarity for either of these sides to be involved in high scoring matches – although they do happen on occasions – and the idea of them sharing a goalfest seems somewhat unlikely. Six of Ukraine’s last 10 games have been under 2.5 goals with their last four all seeing just two goals. Northern Ireland’s record is similar but only three of their last 10 having seen a minimum of three goals. In terms of the head to head record, you need to go back to the nineties to find a Ukraine vs Northern Ireland match that has gone over 2.5 goals.

Our final prediction takes elements of both our first two tips. Again, we’re not anticipating a high scoring game with us backing neither team to score three goals. The second part is taking the value we believe exists in Northern Ireland to get a positive result. We’re not tipping them to win the game though, instead we are just proposing they win at least one half. Northern Ireland won their last game 3-0 whilst Ukraine have lost at least one half in three of of their last five.

An opportunity for both sides to gain confidence

Ukraine arrive in this match against Northern Ireland hoping it sets them up for a good start to the delayed Euro 2020 campaign with wins in short supply of late. Northern Ireland don’t have that motivation after failing to qualify but turned in a good performance against Malta a couple of days ago. They’ll be hopeful of another positive display before the World Cup trail gets back under way later this year. 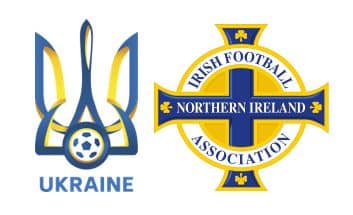