Tottenham will be looking to shake off the disappointment of their League Cup final defeat at the hands of Man City when they play host to Sheff Utd in the Premier League this Sunday. The Blades are already well and truly relegated back to the Championship but that didn't stop them from beating Brighton 1-0 last time out.

Read on for our full match preview and prediction for Tottenham vs Sheff Utd in the Premier League.

Tottenham have only lost one of their last five outings in the Premier League and they have the home advantage against relegated Sheff Utd, whom they beat 3-1 back in January. The Blades have lost five of their last six matches in all competitions and have failed to score in four of those defeats.

Gareth Bale has started playing with a bit more freedom since the sacking of Jose Mourinho and has so far chipped in with six league goals this season. The Welsh international scored in Tottenham;s last home game against his former club Southampton and we're betting on Bale to get on the scoreboard against the Blades this Sunday.

Tottenham are the big favourites to win this weekend

Tottenham couldn't follow up their 2-1 win over Southampton with League cup final victory against Man City, going down by a solitary goal to nil. Spurs look to make it three league games without a defeat on Sunday but only a win will do in their hunt for the Champions League places. Ryan Mason has certainly given the Tottenham players more freedom to attack since replacing Jose Mourinho as the interim manager. The hosts will have all of the ball this weekend and will be expected to comfortably beat an already relegated Sheff Utd. Doherty could miss out once again this weekend through injury and Davies has already been ruled out.

Basham, Sharp, O'Connell and McBurnie will certainly miss the trip to London through injury but both Berge and Robinson could return to the squad. The Blades have nothing but pride to play for now, as was shown against Brighton last time out. Some of these Sheff Utd players will be hoping to remain in the Premier League by earning a summer move to another of the top-flight clubs but the way they have performed this season, there won't be many clubs knocking at their doors.

Tottenham vs Sheff Utd: Your Questions 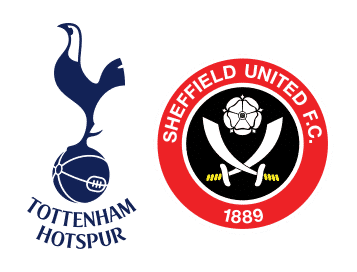