Since the Premier League’s inception in 1992, several players from England’s top division have moved north of the border and found success at Celtic.

But what of the Celtic players who moved in the opposite direction? Here are the 10 best players to have departed Parkhead to get their first taste of Premier League football in England.

Combative Bulgarian midfielder Stiliyan Petrov was a fan favourite during his seven years at Celtic between 1999 and 2006, scoring 55 goals and lifting the Scottish Premier League title four times.

With his underrated technical skills and ability to cover every blade of grass, it was somewhat of a surprise that no big-spending club from England made Celtic an offer they couldn’t refuse before Aston Villa snapped him up in the summer of 2006.

And Petrov was soon adored just as much inside Villa Park as he was in Glasgow. Voted the club’s Player of the Year for 2008-09, the former CSKA Sofia star assumed the captain's armband when Martin Laursen left the club the following term.

With his career curtailed by lukeamia in 2013, Petrove remains a figure of admiration among Villa fans. 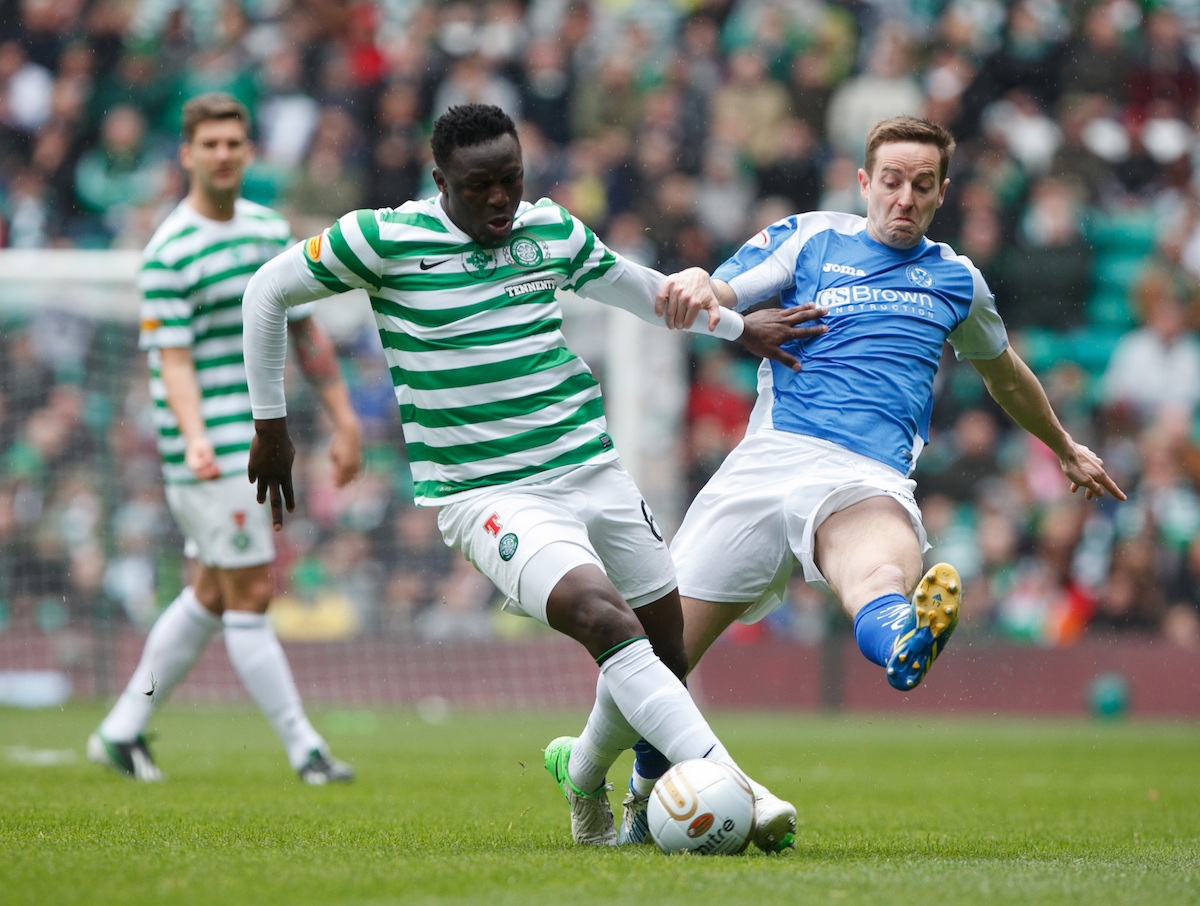 Celtic snapped up Kenyan midfielder Victor Wanyama from Belgian side Beerschot as a 20-year-old in 2011. The Bhoys picked up the energetic player for just £900,000.

After two impressive seasons with the Bhoys, Wanyama was sold to Southampton for £12.5million, ensuring Celtic made a very tidy profit on their investment.

And the former Helsingborg trainee took to English football like a fish to water, anchoring the Saints’ midfield and expertly breaking up opposition attacks.

An £11million move to Tottenham Hotspur followed last summer, and Wanyama is now the warhorse at the base of Mauricio Pochettino’s double-pivot, shielding the back four and allowing the likes of Dele Alli and Christian Eriksen to flourish further forward. 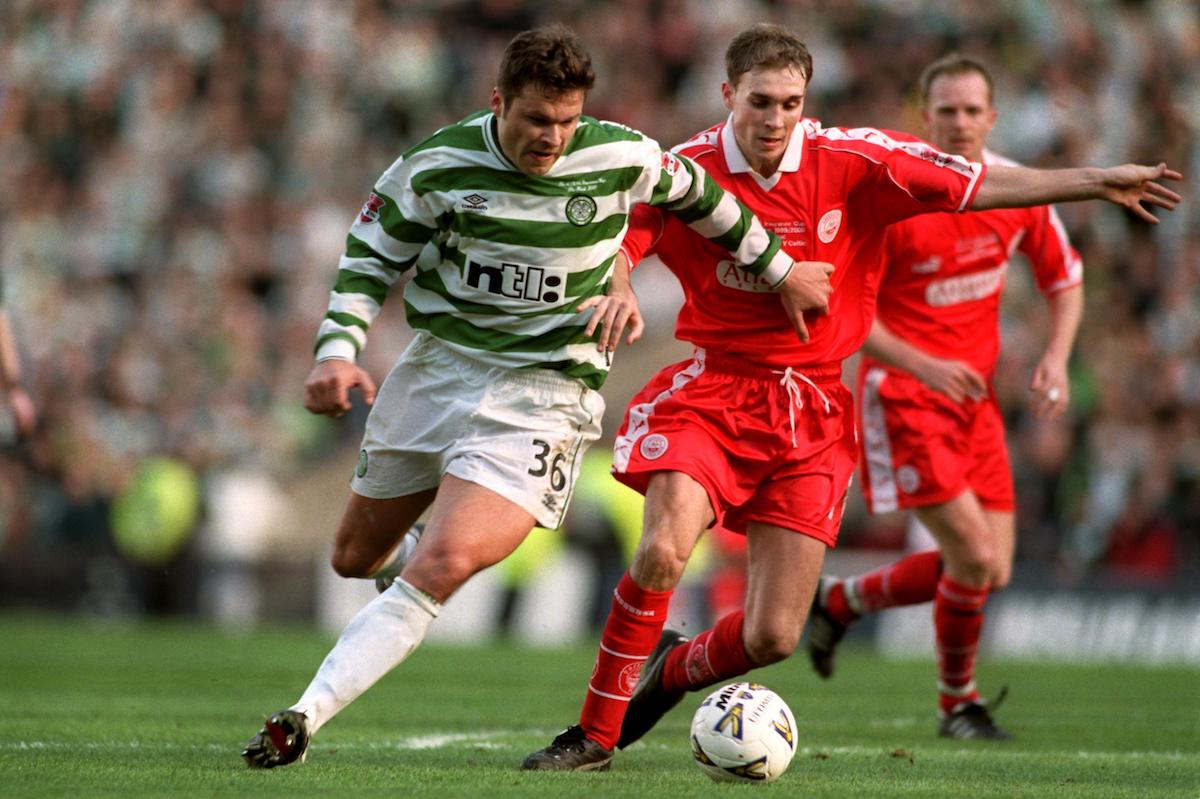 On his day, Australian striker Mark Viduka could look so superior to everyone else on the pitch that he appeared to be playing a different game.

Though not blessed with any pace whatsoever, Viduka possessed an immaculate first touch, laser-sharp vision and an easy-on-the-eye degree of finesse. But the former Dinamo Zagreb forward was frustratingly inconsistent, often seeming disinterested.

At Celtic he enjoyed a prolific 18 months, scoring 30 league goals in 38 games, before moving south to Leeds United. He also had spells with Middlesbrough and Newcastle United in a career which saw him find the net an impressive 258 times in 507 appearances. 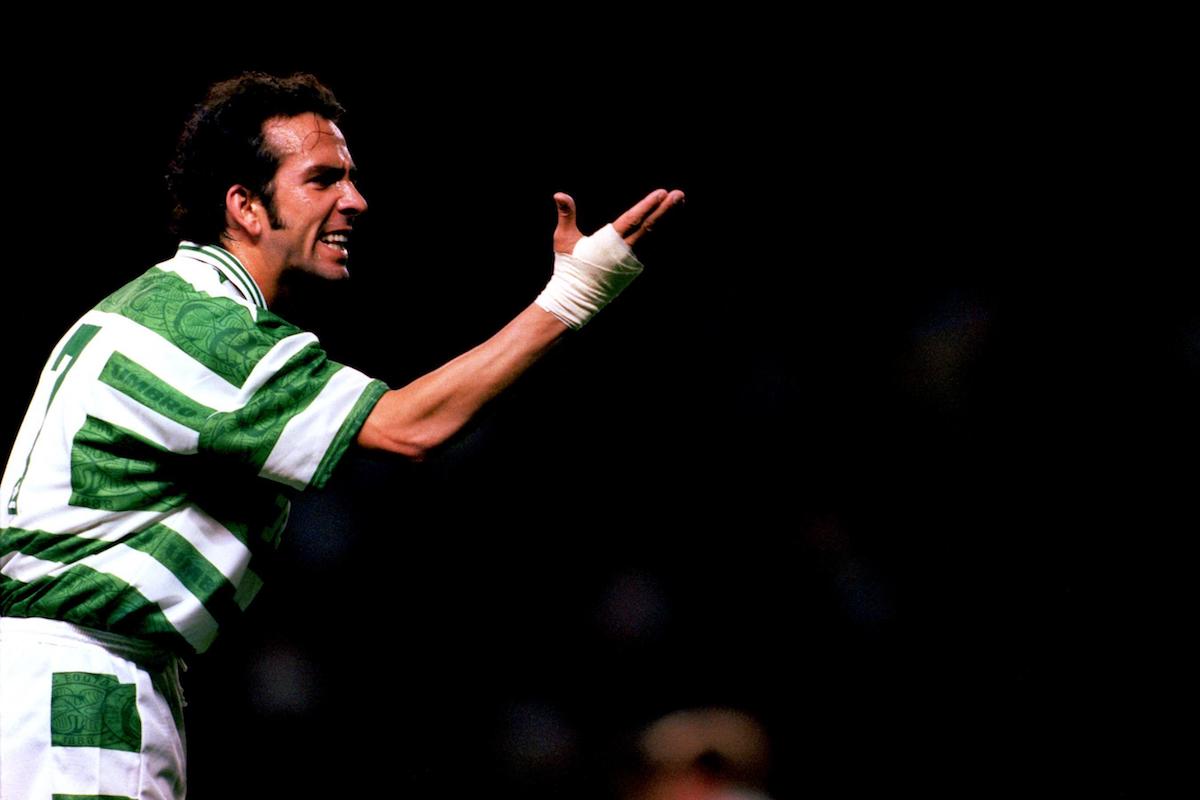 Picking up temperamental Italian playmaker Paolo Di Canio from AC Milan in 1996 was quite the coup for Celtic. The enigmatic Roman had fallen out with Fabio Capello at the San Siro and the Scottish side move quickly to take advantage of the situation.

Although his stay in Glasgow was brief, lasting just one season before moving to Sheffield Wednesday, he was voted SPFA Player of the Year for the 1996-97 campaign.

Infamous for pushing referee Paul Alcock to the ground while playing for Wednesday in 1998, Di Canio rebuilt his reputation by becoming a cult hero at West Ham United, where his stunning volley against Wimbledon in 2000 stands out as a highlight. 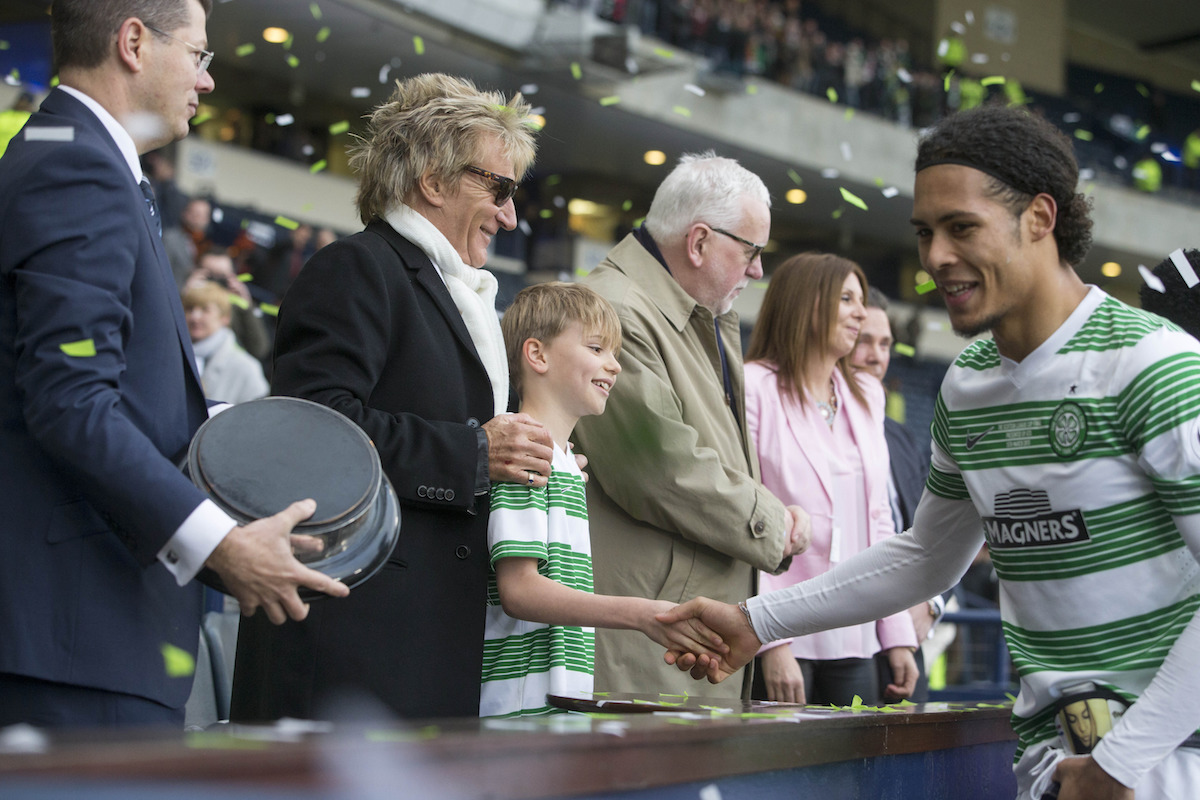 Having proven a dominant presence at the back for two seasons in the SPL, the Saints forked out £13million for van Dijk in 2015.

That seemed like a hefty fee at the time, considering the player was still relatively inexperienced, but, 18 months on, the 12-cap Dutch international is the most sought-after defender in the Premier League, with the likes of Liverpool and Manchester City chasing his signature.

If Southampton want to cash in, they could expect to quadruple the fee they paid for the 25-year-old.

Diminutive playmaker Shaun Maloney marked himself out as an exciting prospect during his first senior appearances for Celtic in the 2000-01 season. With quick feet, an eye for a killer pass and a surprisingly powerful shot, the midfielder was one of the brightest talents in Scottish football.

After seven years in the Hoops' first-team he moved to Aston Villa, but a disappointing two seasons at Villa Park soon saw the Scotland international return to Glasgow’s East End.

A second crack at the Premier League whip proved much more successful, as Maloney became a key player for Wigan Athletic, helping Roberto Martinez’s men win the FA Cup in 2013. He even stayed with the Latics for two seasons after they were relegated, before a short Major League Soccer jaunt with Chicago Fire.

He is now back in the Premier League with Hull City. At 34, Maloney isn’t able to play every minute of every match, but he can still provide game-changing moments of inspiration. 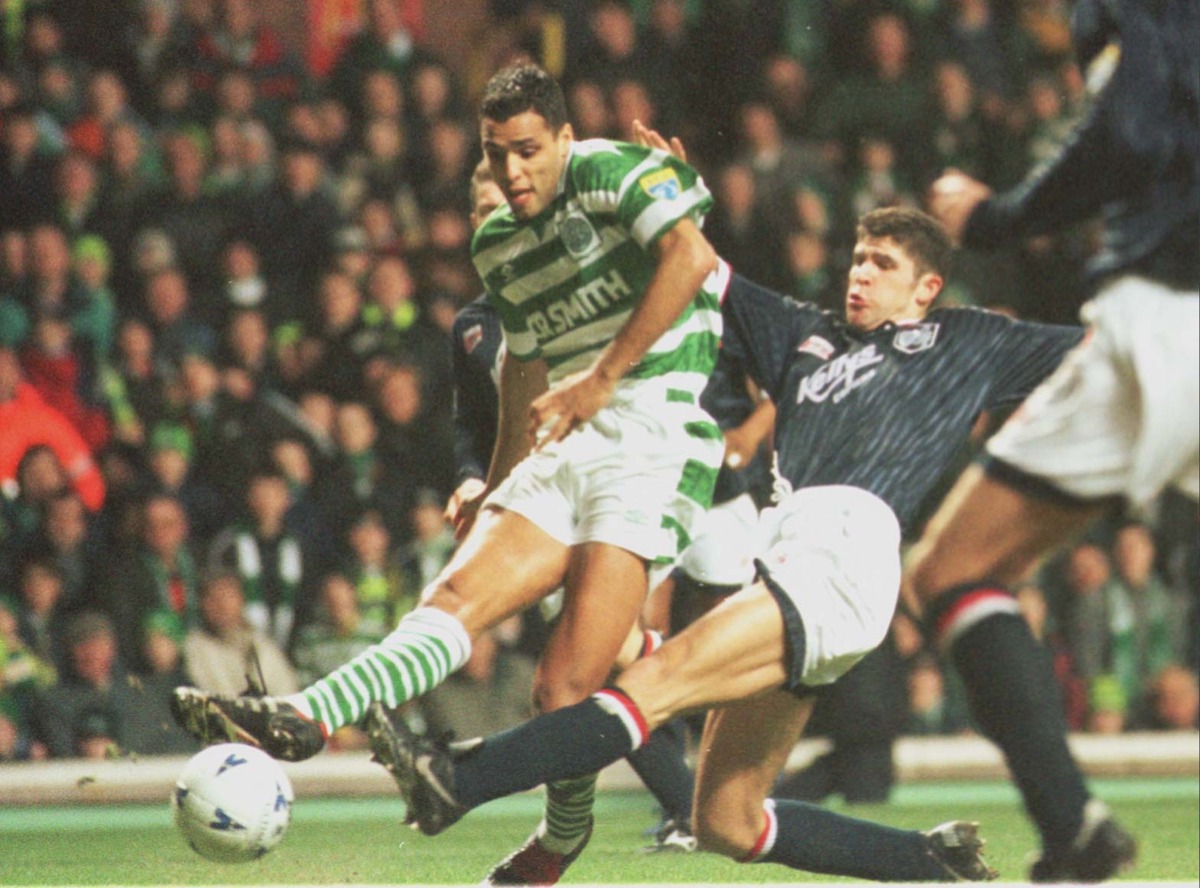 Although his two-and-a-half years at the club coincided with a spell of domestic domination for bitter rivals Rangers, van Hooijdonk inspired the Hoops to Scottish Cup success in 1995 and was the SPL’s top scorer in 1995-96 with 26 goals.

Nottingham Forest came knocking in 1997. Although he was unable to keep them in the Premier League in his first season, van Hooijdonk stayed at the City Ground to win promotion the following campaign, scoring 34 goals in 47 games.

After returning to the top-flight, the unpredictable Dutchman fell out with manager Ron Atkinson and was shipped off to Vitesse Arnhem in the Eredivisie. He would have spells with Benfica, Fenerbahce and Feyenoord before retiring in 2007.

Although he started his career with Newcastle United, goalkeeper Fraser Forster never made a Premier League appearance for the Magpies ahead of his 2010 switch to Celtic – initially a loan which was made permanent two years later.

Standing at a towering 6ft 7ins tall, the Englishman can be an intimidating presence for opposing strikers, filling up the goal with his expansive frame.

Forster won three SPL titles with the Bhoys and earned his first England cap while in Glasgow. His 2014 move to Southampton has seen him become recognised as one of the best and most consistent goalkeepers in the Premier League.

It doesn’t always work out down south for former Celtic players, though…

There have been many success stories of Celtic players going on to enjoy tremendous success in England, but that’s not to say that it always goes to plan.

Through no fault of his own, Jackie McNamara’s time with Glenn Hoddles’ Wolverhampton Wanderers was blighted by a serious Knee injury.

Stephen McManus moved to Championship side Middlesbrough in 2010 but gradually fell down the pecking order at the Riverside before being released in 2013.

While talented midfielder Simon Donnelly, who was a standout performer for the Bhoys in the mid- to late-‘90s, struggled to get his career back on track after relegation from the Premier League with Sheffield Wednesday in 2000.

Don't forget to check out the latest episode of Football Whispers TV.