There is absolutely nothing riding on this game with both teams having had a poor season but still safe from the drop. Will the shackles come off and make for an entertaining game? Find out with our Stoke vs Bristol City match preview with free tips, predictions and odds mentioned along the way.

Potters to take the points

Bristol City have been one of the worst road teams in the Championship this season; they won just five of 20 games away from home, with two draws and 13 losses. As a matter of fact, Bristol City won just one of their last 14 road games; they lost 11 of those 14 games, with two draws. It's also worth noting that Bristol City are winless in their last four games; they won just one of their last eight games, with five losses. In contrast, Stoke City are coming off a win, and they have three wins in their last four games. With both teams' form in mind, we are making the prediction that Stoke will win.

Stoke vs Bristol City: Let's look at the predicted lineups

Neither of these teams have had a season to remember with both Stoke and Bristol City firmly in the bottom three. All that remains for them is to earn as many points as possible in the next few weeks in an attempt to take some good vibes into the summer.

Stoke City have enjoyed some good form lately, they have three wins in their last four games; prior to that four game stretch, Stoke had no wins in their previous nine games. The Potters will host Bristol City on Friday; they'll hope to continue their good run of form with another win.

A quickfire FAQ on Stoke vs Bristol City 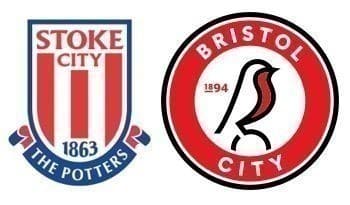