Stoke vs Blackpool: Check out our betting tips

These two sides are separated by just a point down in midtable. For Stoke, it's a far cry from the playoff race they thought they'd be in a few months ago. The points still matter though so who will get them? Find out with our Stoke vs Blackpool match preview with free tips, predictions and odds mentioned along the way.

Stoke to win it

Stoke are currently winless in five matches but they showed a combination of fight, spirit and quality in their FA Cup loss to Crystal Palace on Tuesday night. Sure, it counted for little but it showed what they can do. The class they have in their squad is why we fancy them to beat Blackpool here. Blackpool won their last game 4-1 against Reading but that flattered them. Prior to that game, the Seasiders were on a four match winless run. They've also tasted defeat at the hands of Stoke already this season – we think they'll be getting doubled here.

Our second prediction for Stoke vs Blackpool is that we will see both teams register on the score sheet. Stoke have seen both teams score in each of their last five matches; the last time they saw a game end with a ‘nil' in the result was back in early February. It's a similar situation for Blackpool. Their last seven matches have all seen both teams score meaning the last time that wasn't the case was back in January. Surely that all points to a goal filled game?

Here are the key stats & form guide for Stoke vs Blackpool

It wasn't so long ago that Stoke had their eyes on the top end of the Championship table but that seems to be long gone now as they sit in the bottom half. Alongside them is a Blackpool side that will be much happier with their position. Realistically, this game is all about playing for pride – even at this stage of the season.

Stoke enjoyed a four game unbeaten run in November that saw them take 10 points from 12 to give their fans hope of a playoff fight but it's never built into anything consistent hence their place in the bottom half. A win here would potentially move them back into the top half.

Blackpool are in a very similar position to Stoke in the league but their perspective is much more positive than that of the Potters. Blackpool only won promotion last season and the fact they could break into the top half in March is quite remarkable. 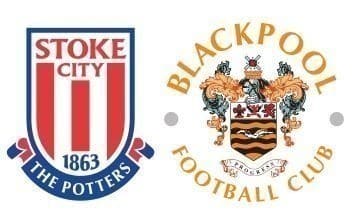