Spezia will be hoping to put some more distance between themselves and the relegation zone when they play host to top half of the table, Fiorentina, in Serie A this Monday. Fiorentina are dealing with life without their top scorer Vlahovic who made the move to Juventus and will be hoping that Piatek can prove to be an adequate replacement.

We're predicting that both teams will find the back of the net on Monday night in what we are expecting to be an entertaining 90-minutes. Three of Spezia's last five fixtures have ended with both teams scoring while the same can be said for Fiorentina, so you can see why we're not backing either club to keep a clean sheet in this game.

Piatek is the man who has come in to replace Vlahovic and has already made a good start to life back in Italy. The former AC Milan striker netted 2-goals for Fiorentina in their midweek Coppa Italia tie against Atalanta and we're backing the Polish frontman to find the back of the net against Spezia on Monday night.

Spezia vs Fiorentina: The very latest stats and markets

Fiorentina hoping to return to winning ways in the league

Spezia haven't played since last weekend's 2-2 draw away at bottom of the table Salernitana. All the goals in that game arrived in the first half and Spezia had to come from behind twice with both goals arriving in the form of penalties. Spezia sit 15th in the Serie A table as things stand, 8pts above the drop zone but need to make the most of their home games so they aren't dragged into a relegation battle.

Fiorentina were the underdogs in midweek when they made the trip to Atalanta in the Coppa Italia. Piatek put the visitors in front from the penalty spot after just 9-minutes but Atalanta equalised on the half-hour mark and the pair went in level at the break. The hosts started the second half better and moved 2-1 in front in the 56th-minute but Fiorentina responded well and go back onto level terms through Piatek in the 71st-minute. With one last late attack, Fiorentina won the game thanks to a goal from Milenkovic which silenced the Atalanta faithful.

Spezia: Sher and Bastoni are injury concerns for the hosts.

Fiorentina: Torreira and Bonaventura are both suspended for this game.

FAQ for Spezia vs Fiorentina 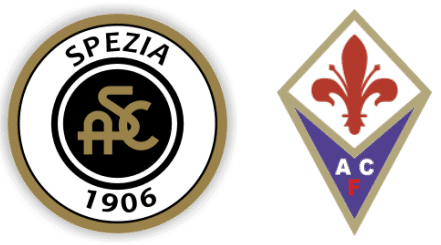