The Saints have won four of their last six encounters with Watford, including the pair's last three meetings, winning 1-0 when the pair met in Hertfordshire back in October. We're backing Southampton to return to winnings ways this weekend as they have picked up three victories in their last five fixtures, while Watford have lost four of their last six outings in the Premier League.

Everything you need to know about Southampton vs Watford

Will Southampton add to Watford's woes?

Southampton took the lead at home against Newcastle on Thursday night via Stuart Armstrong's 25th-minute effort but the two teams went in level at the break thanks to a Chris Wood equaliser just after the half-hour mark. In the second half, Newcastle scored again early on and Southampton couldn't carve out an equaliser so lost the game 2-1. The Saints have now lost their last two games but will be expecting an easier 90-minutes against a Watford side that really struggles defensively.

Watford made the trip to Wolves in midweek where a terrible first-half performance cost the Hornets all 3pts. The home side scored three times inside the opening 21-minutes and lead 3-0 at the interval. Wolves added a fourth goal 5-minutes from time to really rub salt into the wounds for Watford. Hodgson's men really need to make themselves stronger at the back and will surely have been working on their defending ahead of the trip to St Mary's.

Southampton: Lyanco, Tella and McCarthy are the three main injury concerns for the hosts.

Watford: the visitors could be without the services of Nkoulou, Ngakia, Troost-Ekong, Pedro, Sarr and Femenia for the trip to the south coast.

Southampton vs Watford – Your Questions 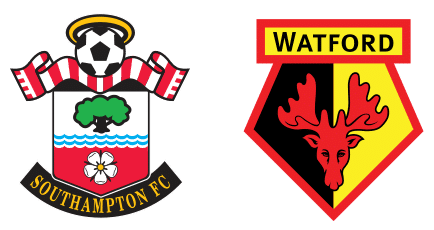