Today's Predictions and Odds for Southampton vs Norwich

Southampton are looking to make it three straight home wins in all competitions on Friday night when they play host to Norwich in the Premier League. The Canaries sit bottom of the table but have picked up two wins from their last three away games in league and cup, so the Saints could have a tough 90-minutes on their hands.

There is a good chance that we will be treated to goals at both ends of the pitch on Friday night as that has been the case in three of the last five encounters between Southampton and Norwich in league and cup. Both teams have also scored in five of the Saint's last six outings as well as in three of the Canaries' last six matches, so you can see why we've backed BTTS in this game.

At least three goals have been scored in five of the last seven meetings between these two clubs, including Norwich's 2-1 win over the Saints back in November. Over 2.5 goals have also been scored in three of Southampton's and four of Norwich's last six games in all competitions, and we're expecting at least three goals to be scored on Friday night.

Southampton firm favourites to secure all 3pt at home

Southampton secured a comfortable 3pts at home to struggling Everton last time out. After a bright start from the Toffees, the Saints went in front in the 52nd-minute through Armstrong and completely controlled the game from then on. Veteran striker Shane Long made sure of the result in teh 84th-minute when he outjumped fellow countryman Colemate to head to ball past a hopeless Pickford.

Norwich were always going to be up against it when they made the trip to Anfield in their last league game. However, the Canaries held Klopp's men to a goalless draw at halftime and even went in front through Rashica just 3-minutes after the restart. Liverpool moved through the gears and got back onto level terms through Mane and shortly after, the hosts were in front through Salah. New signing, Diaz, scored a third goal to confirm the result for Liverpool.

Southampton: Tella, McCarthy, Perraud and Lyanco could all miss Friday's match due to injury and illness.

Norwich: Rupp, Krul, Sorensen, Idah and Omobamidele are all expected to miss the trip to St Mary's through injury.

Your Questions ahead of Southampton vs Norwich 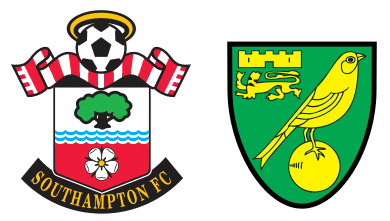