Southampton might have the home advantage against their Championship opponents but the Saints won't be expecting an easy game against Coventry. The Sky Blues are chasing promotion back to the Premier League this season and will be hoping that a good run in the FA Cup can aid their push for the play-offs.

Both teams have scored in five of the last six meetings between these two clubs, though, the pair haven't locked horns since the 2011/12 Championship campaign. Both teams have also scored in each of Southampton's last six matches in all competitions, while Coventry have only failed to score in two of their last six outings.

All you need to know about Southampton vs Coventry

Entertaining 90-minutes on the cards at St Mary's

Southampton played host to Man City in their last game and managed to come away with a decent point to show for their efforts. The Saints took the lead through defender Walker-Peters in the 7th-minute after good work from Redmond who claimed the assist. Despite leading at the break, Southampton couldn't hold out for a win and ended up conceding an equaliser in the 65th-minute. That point leaves Southampton sitting 12th in the Premier League table and the FA Cup appears to be their best chance of qualifying for Europe.

Coventry made the trip to Middlesbrough at the weekend where a solitary second-half strike from Sporar saw Boro claim all 3pts. Coventry are 9th in the Championship table as things stand but have games in hand on the teams above them and could put themselves right in the mix for the play-off places if they win those spare matches.

Southampton: Smallbone, McCarthy, Tella and Livramento are all doubts for the game against Coventry.

Coventry: the visitors have no fresh injury concerns or suspended players ahead of the trip to the south coast. 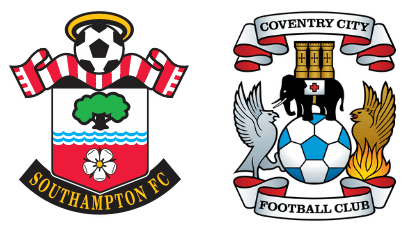