Despite his tragic, premature death at the age of just 57, following a bout of food poisoning, Socrates will go down as one of the most well remembered characters to have ever played the game.

Not only was he an absolutely fantastic footballer, but a defiant man who also achieved so much off the pitch.

As a player, the Brazilian legend was widely considered to be one of the finest midfielders to have ever played the game. Socrates was an unmistakable presence on the field, not just for his iconic beard, towering height and headband, but also due to his vision, technical qualities and supreme footballing intelligence.

Captain of Brazil's sublime 1982 World Cup team, a team that's arguably the greatest side to have never won the tournament, he and the likes Zico, Eder, Cerezo and Falcao played some of the most scintillating attacking football in memory. Brazil's enthralling 3-2 loss to Italy saw them unfortunately have to exit the tournament. But that side has never been forgotten. Their extraordinary brand of attacking football left an indelible mark on the game's history, however, with many even suggesting that loss to the well regimented Italians was the day football died.

“Our loss to Italy was not simple. It was like achieving the conquest of the most beautiful woman in the world, but then being unable to do what matters with her,” explained Socrates in his interview with Andy Mitten for The National.

“But it can happen, in life and in sport. Some say that we were the greatest side never to win the World Cup. They tell us that to this day. People remember our team because we lost, not won. But nobody tried to copy Italy, the pragmatic team which lifted the World Cup. The beautiful team, with the art and creativity, lost.”

His seven years of service with the national team also featured him playing a vital role in the 1986 World Cup in Mexico, where he was yet again an integral member of the side. Despite Brazil cruelly being eliminated by France in penalties, he still managed to score twice at the finals.

Although he never won any trophies with the Selecao, he did, however, win many titles at club level. He began his professional career with local side, Botafago, where his immense talents made it immediately obvious that he was a star in the making. After four years and a brilliant 101 goals in his 249 appearances for Botafago, he then moved to Corinthians.

Socrates went onto spend six hugely successful seasons at Corinthians, winning three State Championship titles and amassing a spectacular 172 goals in his 297 matches. But his time in Sao Paulo will forever be remembered for his off-field exploits too.

With Brazil being ruled by a military dictatorship at the time, Socrates was completely opposed to their beliefs and ways of operation, so he bravely set about changing things. Seeing as the Corinthians hierarchy ran the club in a way very similar to the authoritarian style of the government, Socrates knew changes had to be made. And thanks to he and teammate, Wladimir, they created what was famously called “Corinthians Democracy”.

“With my teammate, Wladimir, I rose up against the owners by founding a socialist cell called ‘Corinthians Democracy',” Socrates explained.

“The clubs wanted to have complete control, whereas we felt that the players should be consulted and not treated like children. We did not just object to the simple problems, but the bigger political picture.”

“At election time we had ‘Vote on the 15th' on our shirts. That was a perfect moment,” he says. “That was the greatest team I ever played in because it was more than sport.” 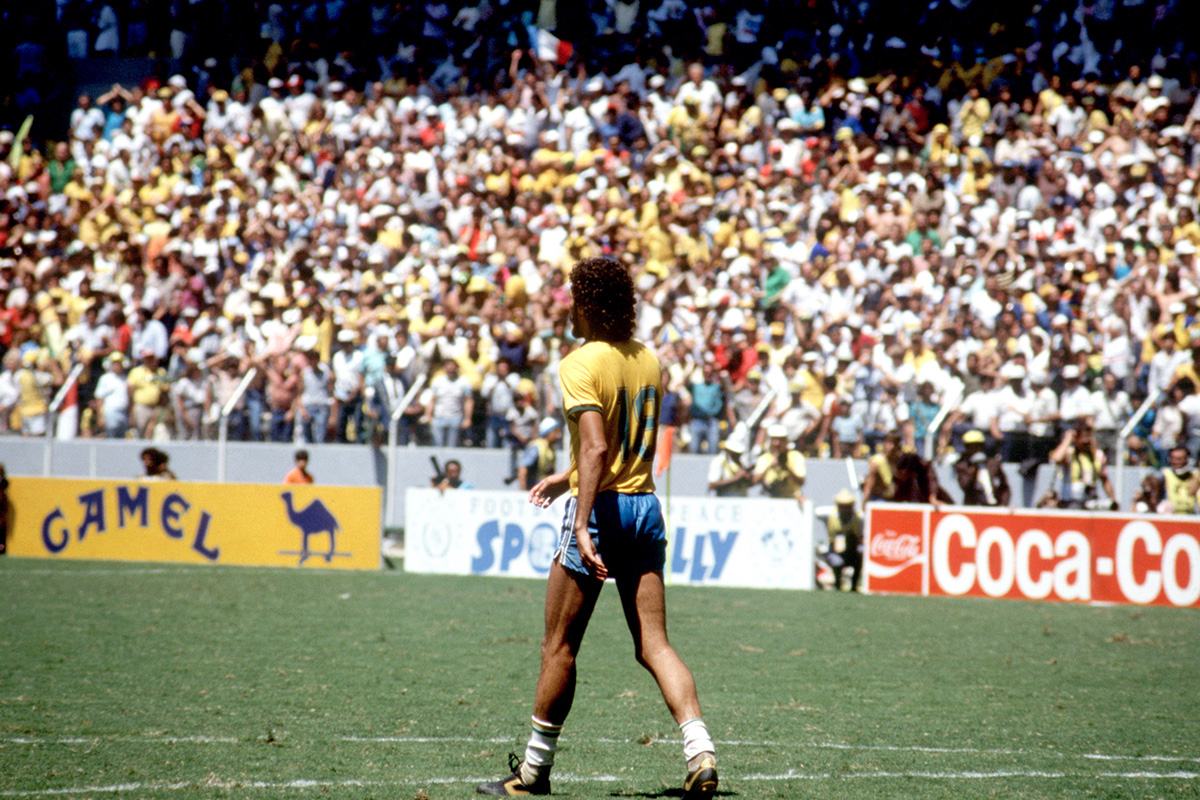 A supremely intelligent man, who began and completed his course to become a doctor during his playing days and always loved learning, Socrates was the perfect character to instigate the uprising. All the players and staff employed at the Timao were now given the chance to vote on all matters to do with the club, such as which players should be signed and when lunch would be served. This process gave the club a real sense of unity and a collective spirit that otherwise would've remained dormant without the influence of Socrates and co.

A testament to the strategy came when the club won consecutive state titles in 1982 and 1983.

In 1984, at the age of 30, Socrates decided to leave for Europe to join Fiorentina. But he struggled to adapt to the more structured way of life in Italy and left after one year. “I found Europe very regimented,” he recalled.

“There's more to life than football and sometimes I didn't want to train, but to hang out with friends, party or have a smoke. They didn't appreciate that. In Brazil things are far more spontaneous.”

Following his unsatisfactory stint in Florence, he returned home and played for Flamengo and Santos, before retiring where it all began at Botafago in 1989. The 1983 South American Footballer of the Year left the game with so much to proud of, for his achievements in the game were truly groundbreaking.

Despite his exceptional on-field success, there was no doubt in Socrates' mind that he believed his work away from the pitch was of far greater importance than his work on it. “My political victories are more important than my victories as a professional player,” he stated.

Although he had his battles with alcohol and cigarette addiction, there could be no mistaking what a overwhelmingly positive impact he had on football. Even after his retirement, he remained staunch in voicing his opinions on crunch issues and standing up for what he believed was right.

The father of six had a terrific knack of making his words resonate with people. Powerful phrases like “Win or lose, but always with democracy” illustrated his unyielding commitment to his ideology and unquestionably endeared himself to the masses.

Fittingly, just hours after his death in 2011, his old side, Corinthians, became league champions. Indeed, this served as an ideal way to commemorate their former hero.

Upon learning of his passing, former Brazilian President, Luiz Inacio Lula da Silva, gave a glowing tribute to the great man, proclaiming: “Dr. Socrates was a ‘crack' in the football field and a great friend,” Lula said. “He was an example of citizenship, intelligence and political consciousness, in addition to his immense talent as a football professional.”

Even though we lost Socrates prematurely, he'll never be forgotten for what he did for football. You can't help but admire him, not only for his magical football capabilites, but also for his passion, conviction, courage and leadership to stand up for what he believed in.

And for that, his legendary legacy will rightly live on forever.