These two sides sit in the bottom three of the Serie A table heading into this weekend's latest round of fixtures but a win for either side could be enough to take them into safety.

Here are our predictions for Salernitana vs Sampdoria.

We're expecting goals in this game at both ends of the pitch as both of these teams have found clean sheets hard to come by so far this season. Both teams have found the back of the net in three of Salernitana's and five of Sampdoria's last six outings in Serie A. Between the two clubs, just one clean sheet has been kept in their last 12 league games combined, so you can see why we're predicting goals for both clubs on Sunday.

The experienced Samprodia midfielder, Candreva, has scored more league goals this season than any of his teammates or any of the Salernitana players. Candreva goes in search of his 5th-goal of the campaign this weekend and being a dead-ball specialist, we feel he will get plenty of opportunities against Salernitana's leaky defence.

Everything you need to know ahead of Salernitana vs Sampdoria

A win could prove huge for either of these struggling sides

Before the international break, Salernitana made the trip to the capital to face Lazio. The home side opened the scoring in the 31st minute and doubled their lead shortly after. Salernitana performed better in the second half but were still powerless to stop a third Lazio goal 21-minutes from time. That 3-0 defeat didn't do any good to Salernitana's goal difference and left them sitting second from bottom above Cagliari by a single point.

Sampdoria might have fancied their chances of securing a rare win when they entertained Bologna last time out. However, following a goalless first half, Bologna took the lead early in the second forty-five. Thorsby managed to pull a goal back in the 77th-minute but any hopes the hosts had of building on that equaliser fell flat-footed as Bologna retook the lead a minute later with what turned out to be the winning goal.

Salernitana: Antonio Russo. Leonardo Capezzi and Matteo Ruggeri are all injury concerns for the hosts. 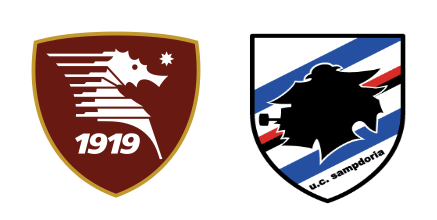