Rotherham vs Blackburn will be on Saturday, so we will check out the top wagering tips and predictions today. You can also read the latest news about both teams and their injured players.

Free Wagering Tips for the Rotherham vs Blackburn Match

In this paragraph, you can see the best free wagering tips for the Rotherham vs Blackburn fixture on Saturday. Our recommended bookmaker for this match is Ladbrokes.

Remember that odds change constantly, so the ones we posted here would be correct at the time of posting, but we can't guarantee that they are the same now that you are reading this. Head to the bookie platform and double-check them before placing any wagers.

Adam Armstrong is Blackburn's top scorer this season and he has twenty-four goals and five assists. He is currently placed at number three in the “Championship Top Scorers” table. He is only one goal away from taking second place. Armstrong scored five goals in the last four games he played for the Rovers.

Blackburn and Rotherham have had 70% of games where no more than 2.5 goals were scored. Rotherham's season average for total goals scored is 2.3 per game, while Blackburn is on the brink with 2.5 goals, but still, we don't think that there will be many goals in this upcoming fixture.

Recent Match Histories and Data Regarding the Match

Now, we can view Rotherham and Blackburn's most recent head-to-head statistics and other useful data.

Rotherham hasn't had many injured players recently, and the only ones who will miss the match on Saturday are defenders Viktor Johnson and Clark Robertson. But even that won't help them against the Rovers, in our opinion.

Blackburn also has two injured defenders, but they have two injured midfielders, as well. They will be missing Bradley Dack and Joe Rankin-Costello because of various injuries. Despite having more injured players than their opponent, we don't believe that that will be a problem for the Rovers.

If Adam Armstrong keeps up his scoring game, he has a chance to ascend in the “top scorers” chart, even more, considering that current head Ivan Toney and second-best Teemu Pukki haven't scored a goal in the last four games they played. 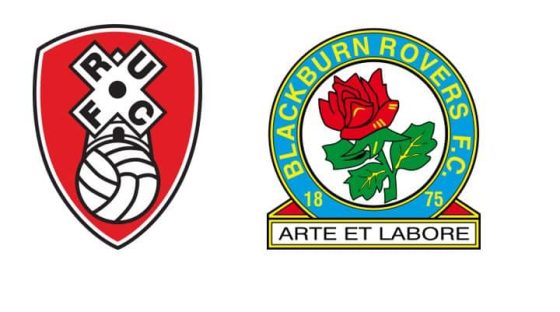 Queries Regarding the Saturday Match