Let's check out the Rotherham vs Birmingham fixture and the latest prices, predictions, and betting tips for the match.

Top Free Betting Tips for the Rotherham vs Birmingham Fixture

Below, you can read about the top free betting tips that our experts recommended for the fixture. If you want, you can also check out the rest of our site for additional Championship betting tips.

Our recommended bookmaker for this match is Ladbrokes. Remember to double-check all prices before you place any bets because they might have been updated.

Birmingham's top scorer is Scott Hogan, but we aren't sure if he will be in the lineup for this fixture, so Lukas Jutkiewicz is the second-best option. He scored five goals and assisted three times, and he also scored three times during the last five matches for the Blues, including two goals in their last game against Stoke.

Head-to-Head Rotherham vs Birmingham Statistics About Both Teams

Check out all the latest statistics and data for the clubs’ recent fixtures, so you might understand our predictions better.

Match Preview for the Rotherham vs Birmingham Match

Even though both teams need to work on their form, we believe that Birmingham has bigger chances of winning the game on Sunday.  Birmingham has three injured players – forward Boyd-Munce, midfielder Jon Toral, and forward Hogan. Rotherham will be missing defender Joe Mattock for sure and it's still not known if defender Michael Ihiekwe and forward Freddie Ladapo will be okay to play on Sunday. 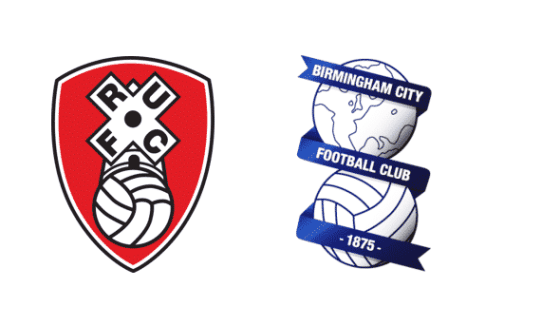 Popular Questions Asked About for the Sunday Match