Reading vs Millwall: Check out our betting tips

Reading's chances of staying in the Championship seem to change by the day at the moment with form of those below them fluctuating with the weather. A win for the Royals here would be massive but can they get it? Find out with our Reading vs Millwall match preview with free tips, predictions and odds mentioned along the way.

Millwall to keep Reading in trouble

The way Millwall are going at the moment, they might end up sneaking into the fight for the playoff places yet. The Lions have won each of their previous four games whilst looking fairly decent in the process as well. We fancy them to bank another three points here. Reading lost 4-1 last time out to end a run of three unbeaten but their home form has to be a concern; they've lost four of their last five games on their own patch. When you then consider the head to head record heavily favours the visitors, who have won three of the last four meetings losing none, it looks a big ask for Reading to pull something out of the bag.

We might have suggested that Reading will lose this game but they still have a part to play; we fancy them to find at least one goal in this match. They've scored six goals across their last three games and have netted in four of the last five. More notably, their last three home matches have seen both teams score. Millwall meanwhile have scored in each of their last four matches whilst shipping goals in each of their last four away games. Four of Millwall's last five visits to Reading's stadium have ended in both teams scoring too – including each of the last three.

Here are the key stats & form guide for Reading vs Millwall

If you were playing Mystic Meg, you'd probably make the claim that Reading will survive in the Championship this season whilst Millwall will finish in an upper mid table position without threatening the top six. None of that is yet guaranteed though, which means the three points carry a lot of value.

In just a short time in charge, interim boss Paul Ince will have seen things he both likes and loathes about this Reading side. They impressed to beat Birmingham and then looked good for an hour against Blackpool before a late collapse. Performing for 90 minutes is imperative in football and Ince will hope his side have learned that lesson.

Rewind to mid-February and Millwall had won just one game in seven taking just four points in the process. They've played four games since their last defeat – to Fulham – though and have won all of them. It means they're just about on the coattails of the top six. A late charge is unlikely but another win here would be real wind in their sails – especially with a few of the sides above them playing one another. 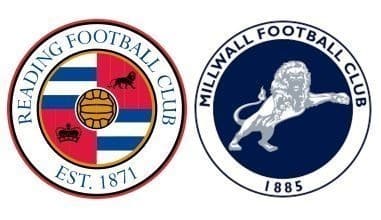