Reading are in a rather perilous position at the bottom of the Championship table. Will Coventry put them deeper into trouble by winning here? Find out with our Reading vs Coventry match preview with free tips, predictions and odds mentioned along the way.

Reading have the worst form in the league right now; they are coming off seven consecutive losses, and have no wins in their last 10 games. Although Coventry have not been doing too well lately, they've been relatively better than Reading. Mark Robin's men have three wins in their last seven games across all competitions. We would also like to point out that Coventry won two of the last three encounters between these teams; considering Reading's losing streak, we're predicting a win for Coventry.

Both teams to be amongst the goals

Both teams have a tendency to concede goals; only one team has conceded more goals than Reading this season, they've allowed almost 2 goals per game. It's been much worse recently, as Reading have allowed at least two goals in all of their last eight games; in fact, The Royals allowed 21 goals in their last six games alone, that's 3.5 goals per game. Conversely, Reading have scored their fair share of goals; they've scored eight goals in their last eight games. In like manner, Coventry have found it difficult to keep clean sheets recently; they've conceded in their last three, and nine of their last 11 games. With this in mind, both teams will likely concede.

Check out the key stats & form for Reading vs Coventry

Coventry's season has fallen away after a good start by there are very few teams who have had a record as poor as Reading this season. They're in real danger of dropping into the bottom three. If they're to avoid the drop, their home form will be key.

Serbian coach Veljko Paunovic is on the hot seat as his side host Coventry today; Reading have lost seven in a row, and are on a 10 match winless streak. The Royals are just two points clear off the relegation zone, and Veljko Paunovic will need to turn things around if he intends to keep his job.

Coventry have no wins in their last three games, and they've won just one of their last five games; however, they'll be going up against a Reading side that has the worst form in the Championship. Mark Robin's men will hope to get back to winning ways by defeating Reading today.

A brief FAQ ahead of Reading vs Coventry 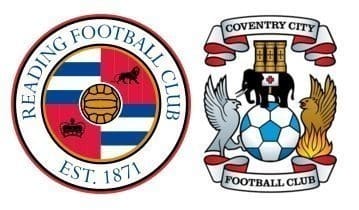