Reading vs Blackburn: Check out our betting tips

Reading took a solid point off Bournemouth in the week but they'll need to dig deep again to avoid defeat as they host Blackburn. Will they manage it? Find out with our Reading vs Blackburn match preview with free tips, predictions and odds mentioned along the way.

Reading might have battled to a decent point against high flying Bournemouth in the week but we think they'll come up short when Blackburn visit on Saturday. Say what you want about the draw Reading had but it's still four games without a win and, more importantly, just one point from a possible 12. Blackburn meanwhile did Reading a favour in the week as they beat their relegation rivals Derby 3-1. With Blackburn back on the winning trail, their confidence will be high. They'll be too good for Reading here.

Our second tip for Reading vs Blackburn is that the game will be under 2.5 goals. Reading drew 1-1 with Bournemouth last time out and whilst the four games prior to that went over 2.5 it was rarely down to Reading with other teams bagging the majority of the goals. Blackburn meanwhile have gone south of the 2.5 mark in four of their last five. Goals have been a tough thing for Blackburn to bag in Ben Brereton Diaz's absence and that's why we see this game going south of 2.5. The fact the last two head to head meetings have ended that way as well further evidence the under 2.5 goals tip.

Here are the key stats & form guide for Reading vs Blackburn

We might be heading into the final stretch of the campaign but there is still every chance that neither of these teams are in the Championship next season. Reading need the points to stay up whilst Blackburn have their eyes set on going up. Whatever the ambition, the points are vitally important.

Reading's point against Bournemouth would have been decent a month ago. Now though, there is a feeling they need more than draws with at least two of the bottom three actively hunting them down. They did show good qualities in that game though and will need to bring those and more here.

Blackburn have missed Ben Brereton Diaz; there is no dressing that up. They did manage to bag their first win in four last time out though and three goals from three different scorers was an enormous positive. If they can get through a couple more weeks they'll be in a good position for the run in. 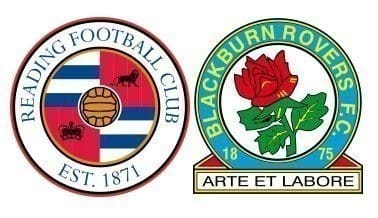